Two North Carolina lawmakers linked to Oath Keepers -- is this who Republicans want to be? 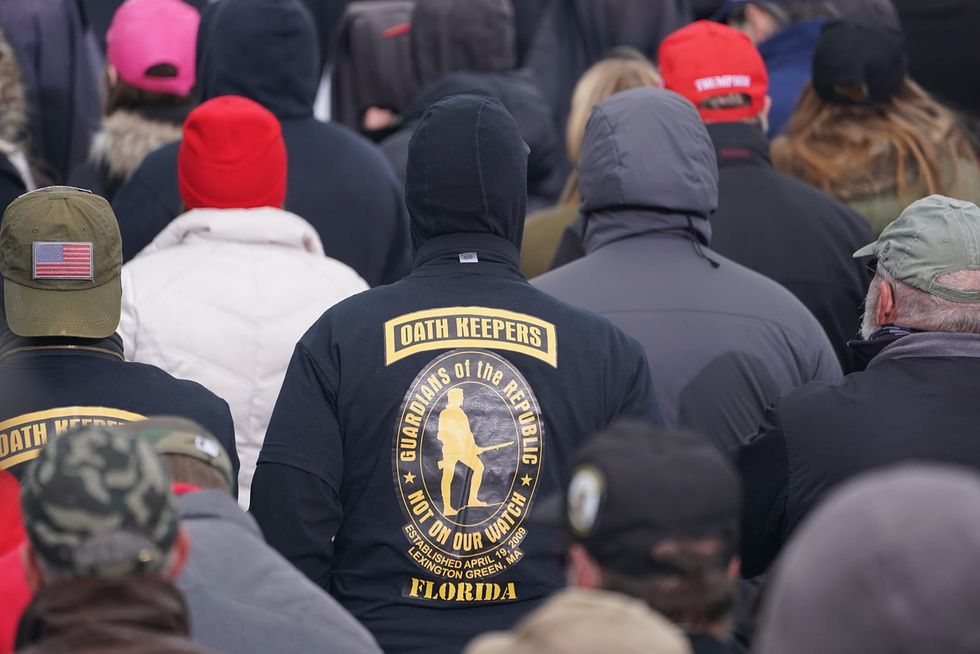 A member of the Oath Keepers looks on as supporters of Donald Trump attend a rally protesting the 2020 election results in Washington, D.C., on Jan. 6, 2021. - Bryan Smith/Zuma Press/TNS

North Carolina Republicans tried to distance themselves from the type of radical extremism that led to the storming of the U.S. Capitol on Jan. 6. But a leaked membership roster reveals that at least two state lawmakers are affiliated with the Oath Keepers, a right-wing militant group whose members are among those charged in connection to the Capitol insurrection. North Carolina Reps. Mike Clampitt, a Republican from Bryson City, and Keith Kidwell, a Republican from coastal Beaufort County, are both listed as members of the group, according to ProPublica. Clampitt was elected to the state legi...