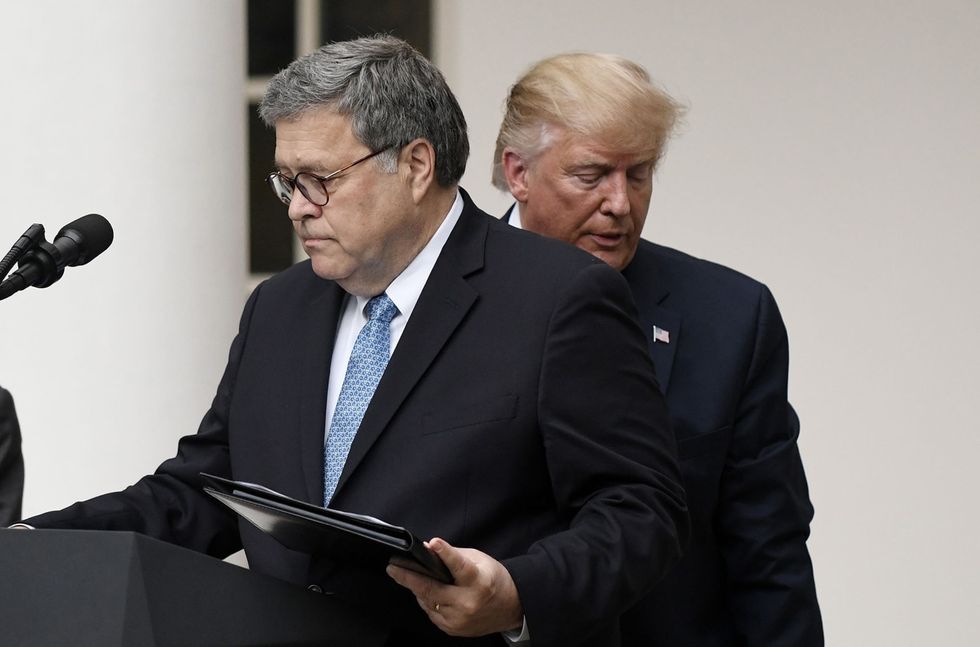 President Donald Trump and U.S. Attorney General William Barr look on during a news conference in the Rose Garden at the White House on July 11, 2019, in Washington, D.C.. - Olivier Douliery/Abaca Press/TNS

Former Attorney General William Barr spent almost two years running interference for a dangerously unfit president. Now, in a brazen but not terribly persuasive attempt to clean up his image in history, Barr warns that his ex-boss, Donald Trump, didn’t belong in the White House and shouldn’t be invited back. “Trump cared only about one thing: himself,” Barr writes in his new memoir. “Country and principle took second place.” How curious that Barr says he only discovered this plain-as-day fact late in his tenure — because to a great many Americans, it was horrifically obvious the whole time Bar...