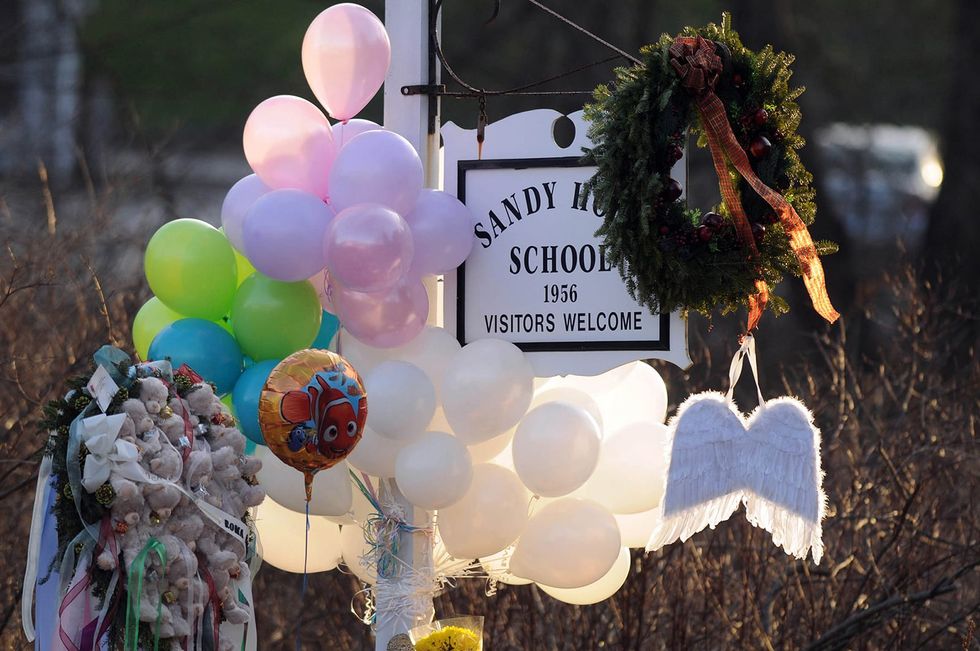 In a 2012 file photo, flowers, teddy bears, candles, balloons and a pair of angel wings left by mourners are seen at the Sandy Hook Elementary School sign in Newtown, Connecticut. - Cloe Poisson/Hartford Courant/TNS

Those of us who follow the machinations of the gun industry have a high tolerance threshold for immoral actions. But the latest legal maneuver by lawyers for Remington, being sued in Connecticut court for irresponsible marketing of its product by the families of Sandy Hook victims, is enough to leave even the most cynical person speechless. Defense attorneys trying to defend the gun-maker in a unlawful marketing lawsuit have subpoenaed the academic, attendance and disciplinary records for five of the first-graders murdered by Adam Lanza, along with the employment records of four educators kill...