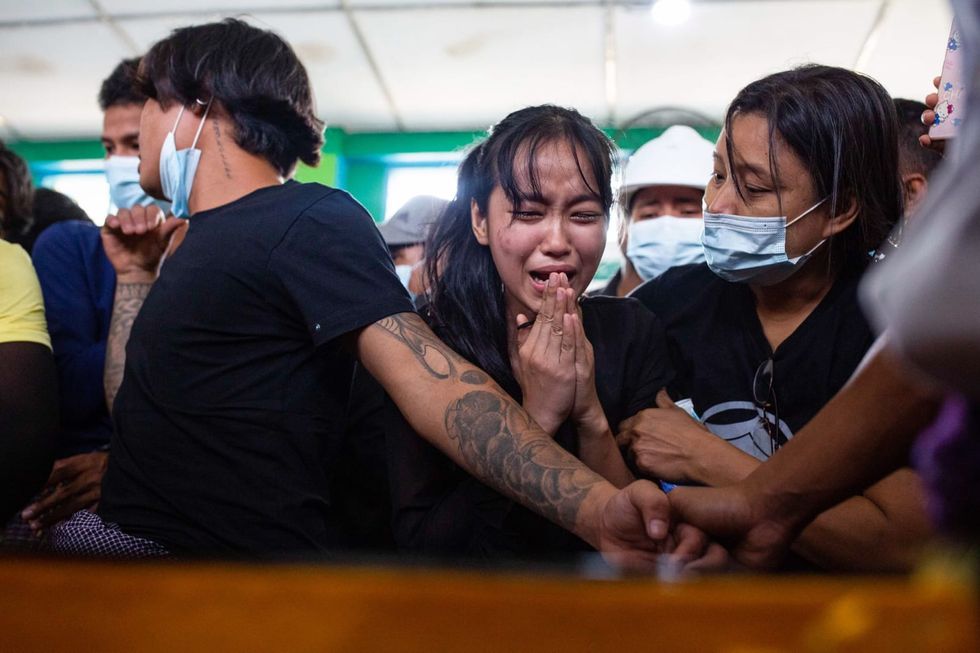 Anti-military coup protests in Myanmar - A relative reacts at the funeral of Chit Min Thu, a pro-democracy protester who was killed earlier during clashes with security forces amid protests against the military coup and the detention of civilian leaders. - Aung Kyaw Htet/SOPA Images via ZUMA Wire/dpa

Eight people were killed and several others injured late Friday and overnight in an ongoing crackdown by Myanmar's military on protesters denouncing a coup, local media and witnesses reported.

In the former capital and biggest city Yangon, three people were killed when security forces cracked down on demonstrators in several parts of the city late Friday.

Three other demonstrators were killed on Saturday during protests in the city of Mandalay in the country's centre, according to a witness and a dpa journalist.

Two protesters were also killed in protests on Saturday in Pyay, a township located some 260 kilometres north-west of Yangon, Radio Free Asia reported.

Since a military coup at the beginning of February, there have been daily mass demonstrations in Myanmar. The protesters are demanding the release of ousted leader Aung San Suu Kyi and the reinstatement of her civilian government.

The military is responding to the protests with increasing brutality. Scores have been killed since the beginning of the protests and about 1,900 arrested, according to estimates by the Assistance Association for Political Prisoners (AAPP), a non-profit organization in Myanmar.

Despite a night-time curfew, tens of thousands of people took to the streets in different parts of the country on Friday evening to protest against the military junta.

In the Hledan district of Yangon, thousands gathered for a night-time vigil, The Irrawaddy and other local media reported. Many held banners calling for the release of Suu Kyi.

Meanwhile, the German embassy in Yangon has called on the authorities in Myanmar to ensure that a detained journalist working for the German Press Agency dpa receives "fair and humane treatment."

Polish journalist Robert Bociaga was arrested by security forces in Taunggyi in the centre of Myanmar on Thursday.