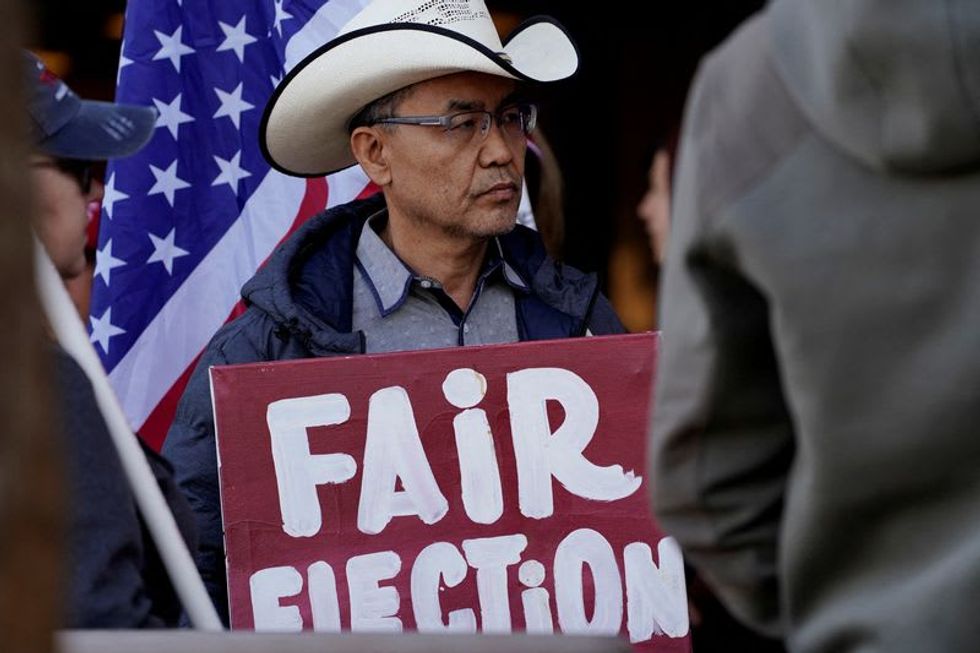 (Reuters) - Election officials in Arizona's most populous county found nearly every conclusion in a partisan "audit" of Donald Trump's loss in the 2020 presidential election to be misleading or false, according to an official rebuttal released on Wednesday.

The Maricopa County Elections Department's 93-page report is an attempt to address dozens of claims made by Trump's allies in the Republican Party in their so-called "full forensic audit" aimed at casting doubt on his defeat in the battleground state.

While last year's Republican-led review had already been widely discredited by election experts as biased and procedurally flawed, the report, titled "Correcting The Record," marked the first detailed response by county officials.

"We determined that nearly every finding included faulty analysis, inaccurate claims, misleading conclusions and a lack of understanding of federal and state election laws," the report says of the audit, which Arizona Republican senators contracted out to a private company called Cyber Ninjas.

According to the report, the county analysis identified 22 claims that were misleading, 41 that included flawed or misstated analysis and 13 that were demonstrably false.

President Joe Biden, a Democrat, carried Maricopa County, which includes Phoenix, by about 45,000 votes, making it critical to his narrow win over Trump in November 2020. Biden's victory was confirmed by a hand recount and multiple post-election tests for accuracy. No evidence has emerged of the widespread fraud that Trump and his allies falsely alleged.

Led by Arizona Senate President Karen Fann, Republicans nevertheless pushed for a comprehensive review of the election, including a hand recount and examination of tabulation equipment. They released a final report in September that found a vote tally largely matching the official results, although they made several claims of alleged anomalies.

For example, the Cyber Ninjas used information from a third-party commercial database to claim that some 33,000 people may have voted illegally because they moved prior to the election and no longer lived at the address on file with the county.

According to the county's report, Cyber Ninjas flagged problems by using "soft match" methods that relied on basic data points such as first name, last name, and birth year, leading to the misidentification of people as illegally casting votes.

"Our review did not find any voter ineligible to vote from their residential address during the November 2020 General Election and found no evidence of double voting," the report said.

The partisan audit in Arizona was part of a larger effort by Republicans to undermine faith in the 2020 election and gain more control over the voting process. Since the election, several Republican-controlled state legislatures have passed laws curbing ballot access or placing great power over election administration in the hands of partisan officials.

Maricopa County election officials are scheduled to detail the findings of their report at a public meeting on Wednesday of the county Board of Supervisors.