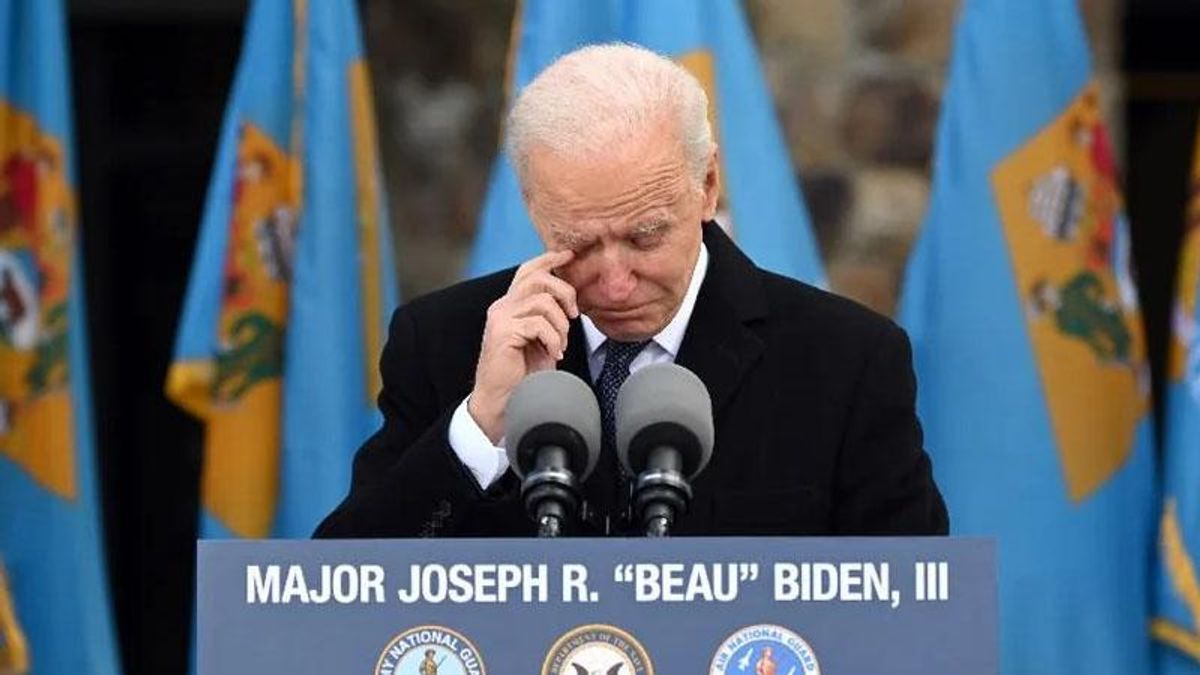 President-elect Joe Biden wipes away tears as he speaks. (AFP)

"I only have one regret, that he's not here," Biden said, referring to Beau, who died of cancer in 2015. "Because we should be introducing him as president."

Biden will be sworn in as the 46th president of the United States at noon on Wednesday, replacing Republican Donald Trump, whose chaotic four-year presidency left an American public bitterly divided.

The 78-year-old Democrat also addressed his own mortality -- an unusual direction given he is about to take the helm of the most powerful nation in the world.

"Excuse the emotion," Biden said, pausing on his words as he composed himself. "But when I die, Delaware will be written on my heart."

Biden mentioned the history-making nature of the election, and how Kamala Harris, a black woman of South Asian descent, will be inaugurated as vice president 12 years after Biden took office as VP to Barack Obama, the nation's first black president.

"Don't tell me things can't change. They can, and they do," Biden said. "That's America. That's Delaware."