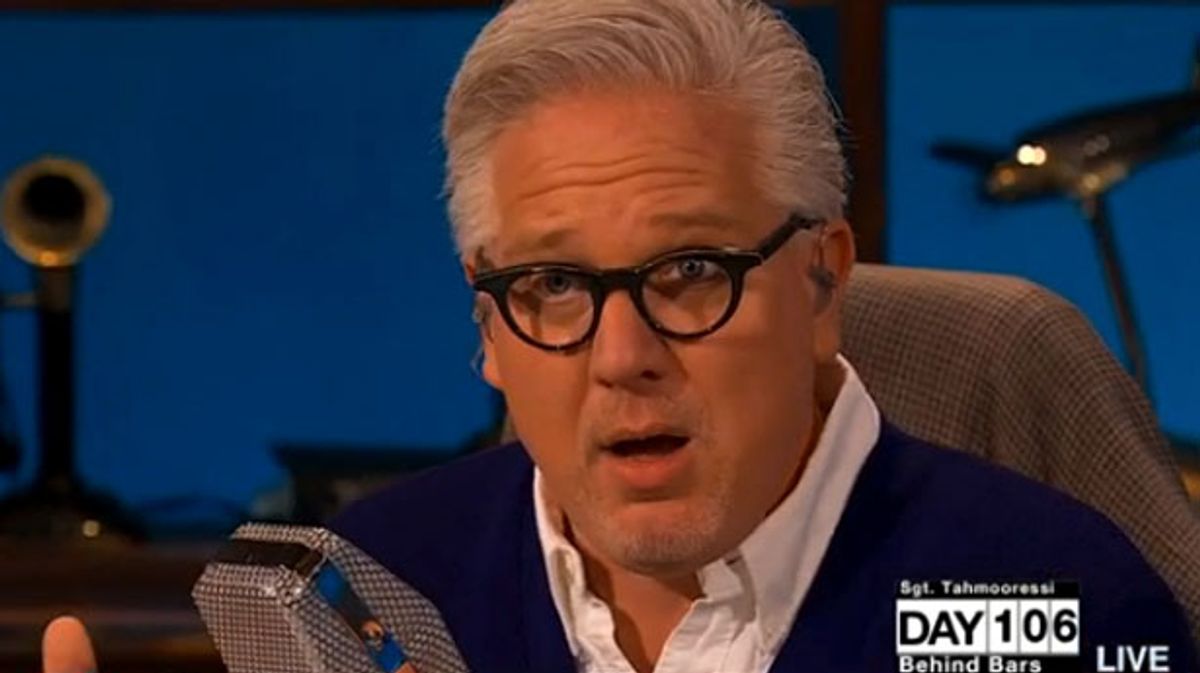 "Dr. Seuss Enterprises, working with a panel of experts, including educators, reviewed our catalog of titles and made the decision last year to cease publication and licensing of the following titles: And to Think That I Saw It on Mulberry Street, If I Ran the Zoo, McElligot's Pool, On Beyond Zebra!, Scrambled Eggs Super!, and The Cat's Quizzer," their statement reads. "These books portray people in ways that are hurtful and wrong."

Like any business or copyright owner they have the right to produce or not produce what they want.

But according to Glenn Beck, that's "fascism" and the "end of freedom in America."

"They have now banned six books from Dr. Seuss," Beck lied to his viewers Tuesday, not bothering to explain that "they" is Dr. Seuss Enterprises.

"Dr. Seuss," he repeated, aghast. "You can no longer print these six books," he declared, naming several of them.

"This according to a panel of educators and 'experts,'" he said, with disdain for experts.

"They are banning Dr. Seuss books," he repeated, again lying.

"You don't destroy books," he continued, despite the fact that the books aren't being destroyed, they are merely not printing more of them or licensing more of them.

There are no book burnings taking place at anti-Dr. Seuss rallies, the police are not showing up at schools, libraries, or homes with school-aged children. No "experts" are scrounging in anyone's attic or tag sales. The "book police" are not getting search warrants to examine Amazon and Barnes & Noble sales data to track down Dr. Seuss fans.

"Go out and buy those books today, find out if you can get 'em. Buy Mr. and Mrs. Potato Head," he added, jumping on the lie they too have been banned.

"It's the end of an era. It is the end of freedom in America, where you are bullied, to the point to where you better not have that book."

"Buy Mr. and Mrs. Potato Head because it's the end of an era. It is the end of freedom in America" pic.twitter.com/VokzfOj8b6