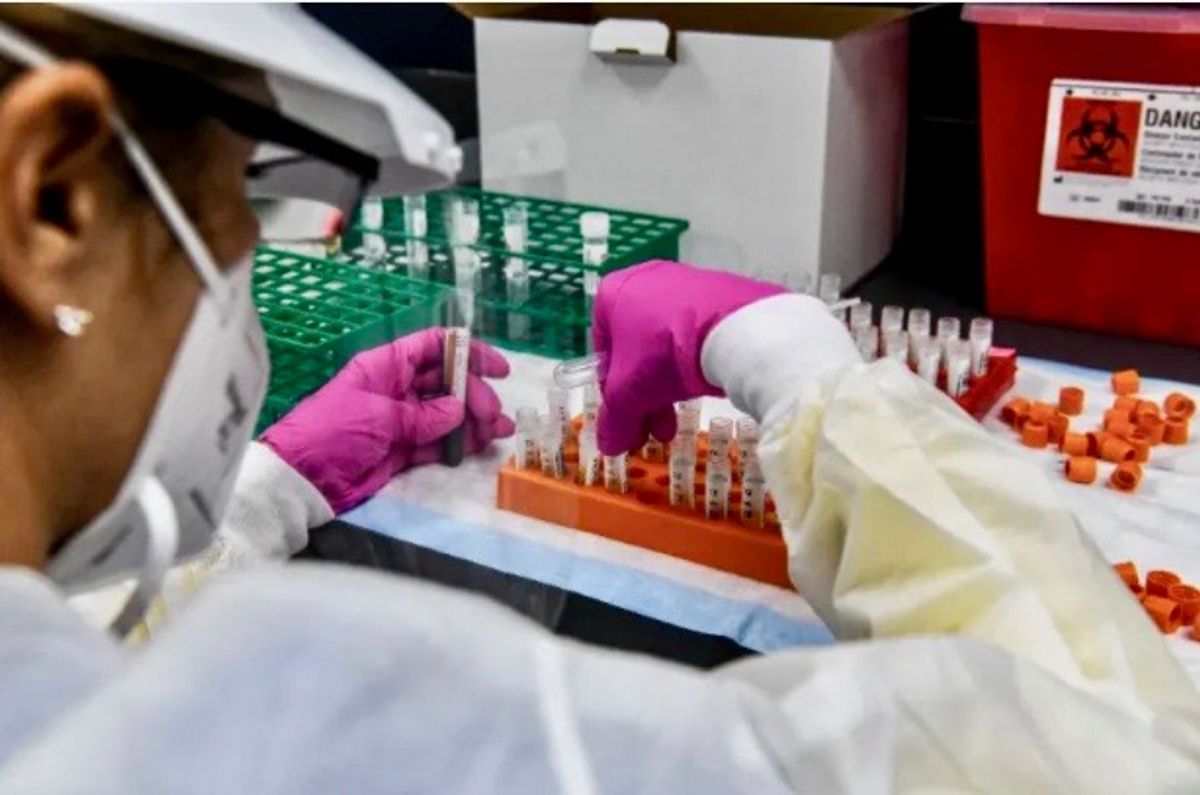 Nearly a year after first describing Covid-19 as a pandemic, the World Health Organization complained on Monday that some authorities failed to listen to its earlier urgent warnings.

"One of the things we still need to understand is why some countries acted on those warnings, while others were slower to react," WHO chief Tedros Adhanom Ghebreyesus told a press conference as the global death toll rose to at least 2.59 million.

In Washington, the United States attacked what it called an ongoing Russian disinformation campaign against US-made Covid-19 vaccines.

The Global Engagement Center, a US government agency that monitors foreign propaganda, said that Russian intelligence was behind four online platforms involved.

"It is very clear that Russia is up to its old tricks, and in doing so is potentially putting people at risk by spreading disinformation about vaccines that we know to be saving lives every day," a State Department spokesman said.

Signs of economic revival in the US -- where vaccinated people can now mingle unmasked per the latest medical recommendation -- point to the world's wealthier countries aiming for a mid-year bounceback from the pandemic.

The United States recorded less than 1,000 deaths in 24 hours for the first time since November.

But people in other countries and territories are struggling, including in Syria, where President Bashar al-Assad and his wife Asma tested positive for Covid-19.

Israel -- which has reopened restaurants and bars after fully inoculating 44 percent of its population -- has begun to vaccinate Palestinians holding work permits.

Around the world, almost 305 million vaccine doses have been injected, according to an AFP count at 1200 GMT Monday, with the US in the lead in absolute terms at 90 million doses.

But tourist-dependent countries are taking steps to ease restrictions ahead of a hoped-for return of vaccinated visitors.

Thailand will from April halve its hotel quarantine period to one week for vaccinated arrivals.

Vaccinated Israelis will avoid quarantine in both Greece and Cyprus, while the latter will also welcome vaccinated British tourists.

Mounting public pressure to have vaccines unlock a semblance of pre-pandemic life is being felt by Europe's leaders.

EU chief Ursula von der Leyen told a German newspaper that vaccine deliveries to the European Union should double between April and June, compared to the first three months of 2021, to 300 million doses.

Even though that is 100 million fewer than projected in a February summit of EU leaders, she stood by her goal to see 70 percent of adults in the EU fully vaccinated by mid-September.

Von der Leyen has felt the heat from a failed first-quarter rollout that depended largely on Anglo-Swedish company AstraZeneca, which supplied just a fraction of the 100 million doses it was contracted to deliver to the EU.

After initially restricting AstraZeneca's shot to under-65s, Italy on Monday authorized it for all adults, following in the steps of France, Germany, Belgium and Denmark.

Romania also dropped advice that the AstraZeneca shot should only be given to under-55s.

The Netherlands will extend its controversial coronavirus curfew until March 31, with exceptions for a general election next week, Prime Minister Mark Rutte said Monday

Covid-19 vaccination efforts are gathering steam in Africa, with several countries getting new shipments so they can begin their inoculation drives in earnest, the United Nations said.

The deliveries were made via the UN-led Covax global vaccine-sharing initiative.

On Monday, Mozambique and Togo received a total of nearly 500,000 vaccine doses, he said, adding: "The first phase of vaccination starts off with health workers and other at-risk people."

In one small tragedy among many, Greece on Monday mourned a 37-day-old baby, the youngest among the country's nearly 6,800 Covid-19 victims.