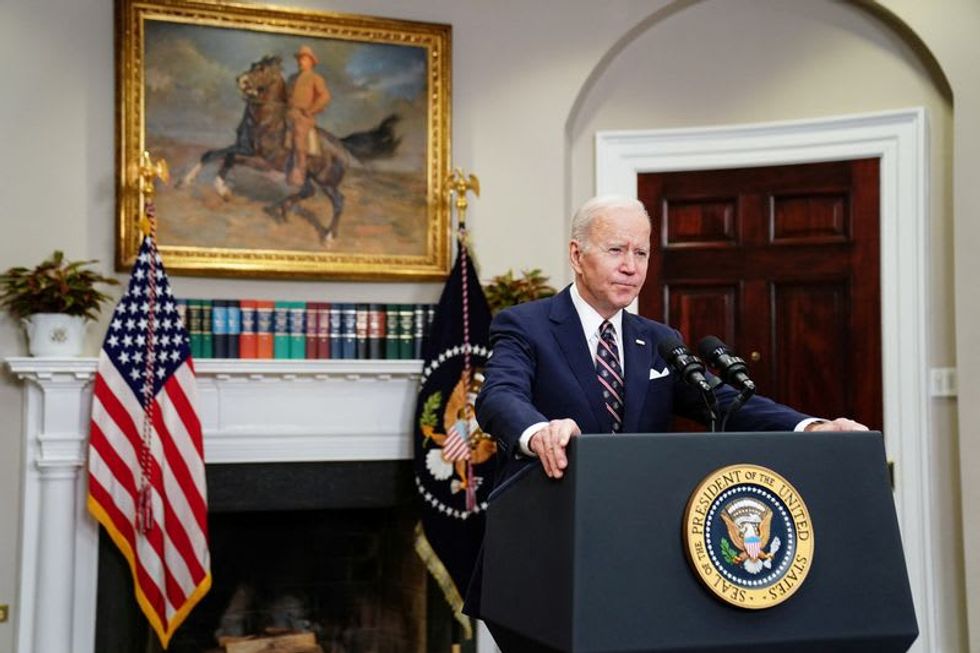 WASHINGTON (Reuters) - President Joe Biden will sign an executive order on Friday requiring "project labor agreements" in federal construction projects over $35 million, a potential boost to construction workers and unions that negotiate these deals, and a shift the administration says will speed up building times.

The order will apply to $262 billion in federal construction contracting and impact nearly 200,000 workers, according to a draft of the executive order seen by Reuters.

Project labor agreements are collective bargaining agreements between building trade unions and contractors, which set wages, employment conditions, and dispute resolution on specific projects. Democratic presidents in the past have typically supported applying such agreements to the massive U.S. federal contracting budget, while Republican presidents have rescinded them.

The order, which will go into effect immediately, comes on the heels of a $1 trillion infrastructure bill signed into law by Biden that invests in the country's roads, ports and bridges.

Much of that money will flow through federal agencies to states and local governments. The new executive order excludes projects funded by grants to non-federal agencies, a senior administration official said, adding that will make up for a bulk of the projects under the bill. But it will apply to billions of other federal spending on waterways, military bases and other areas.

Biden will visit Ironworkers Local 5 in Upper Marlboro, Maryland, Friday to sign this executive order, the White House has said. Details on the contents of the order have not been previously reported.

The U.S. construction industry - including workers, owners, developers, contractors - has been one of the hardest hit during the COVID-19 pandemic, due to a slowdown of available goods and labor and the termination of entire projects.

Biden has vowed to strengthen unions and increase membership in the United States after years of steady decline, and to increase salaries for hourly workers in construction, health care and other jobs.

"Contractors who offer lower wages or hire less qualified workers will need to raise their standards to compete with other high-wage, high-quality companies," the order says. Earlier executive action by Biden requires federal contractors in new or extended contracts to pay a $15 per hour minimum wage.

"This streamlines the negotiation process and gives employers access to a highly skilled pool of craftworkers," Daniel Hogan, chief executive of the Association of Union Constructors, that represents 1800 contractor companies, told Reuters.

(Reporting by Nandita Bose in Washington; Editing by Heather Timmons and Aurora Ellis)