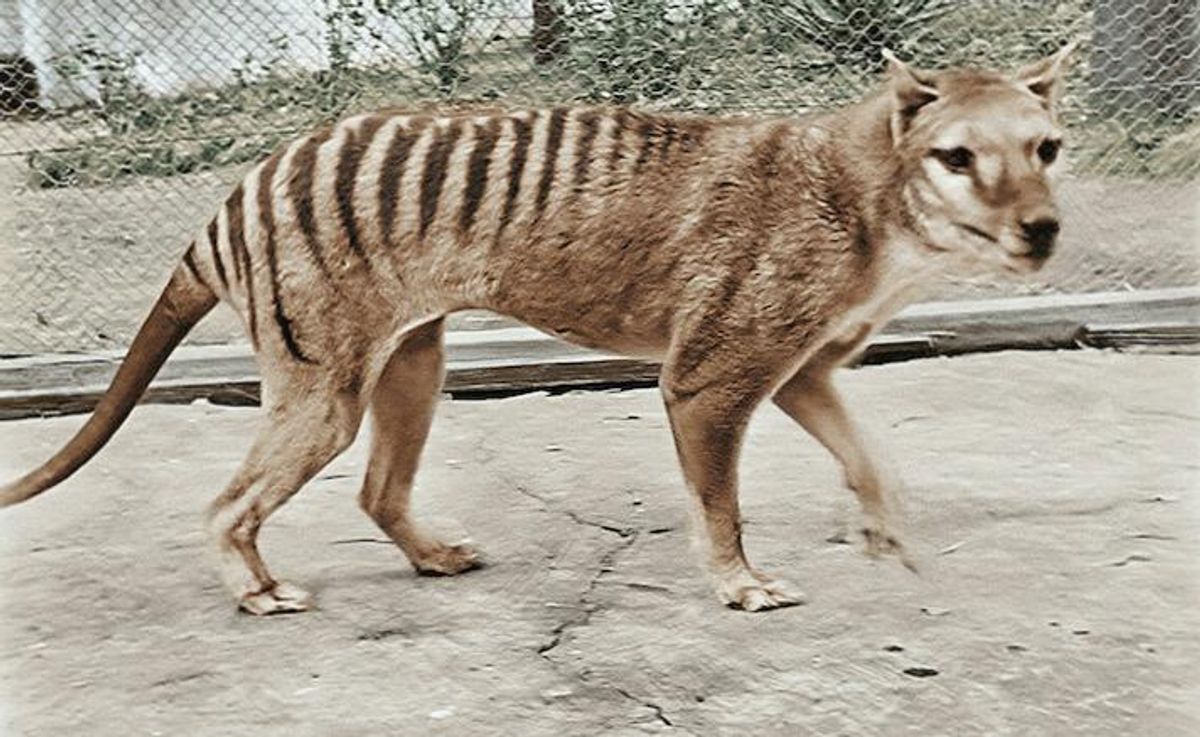 Century-old footage of the last known Tasmanian tiger in captivity has been brought to life by colourisation, offering a tantalising glimpse of the now-extinct creature.

The wolf-like thylacine, known as the Tasmanian tiger because of its striped coat, roamed in Australia and on the island of New Guinea before dying out about 85 years ago.

Fewer than a dozen snippets of footage -- totalling about three minutes of silent, black-and-white film -- are known to have survived of the elusive beast.

The National Film and Sound Archive of Australia said the longest of these rare clips, an 80-second film of the last known Tasmanian tiger, called Benjamin, has now been colourised.

The government agency handed the footage to Paris-based Samuel Francois-Steininger, of Composite Films, who completed the painstaking colourisation process over 200 hours.

The footage was "stunning" for its age but "very challenging to colourise because, apart from the animal, there were few elements in the frame", Francois-Steininger said in a post on the archive's website. "And because of the resolution and quality of the picture, there were a lot of details -– the fur was dense and a lot of hair had to be detailed and animated," he added.

The clip shows the carnivorous marsupial pacing around a small enclosure, lying down, sniffing and scratching -- its sandy brown coat punctuated by thick dark stripes.

It was released Tuesday to mark National Threatened Species Day in Australia, which is held each year on September 7 to commemorate Benjamin's death on the same date in 1936.

The footage was shot by David Fleay in December 1933 at the city of Hobart's now-defunct Beaumaris Zoo, where the naturalist was reportedly bitten on the buttocks while filming.