Pentagon warns far-right extremists are recruiting inside the US military 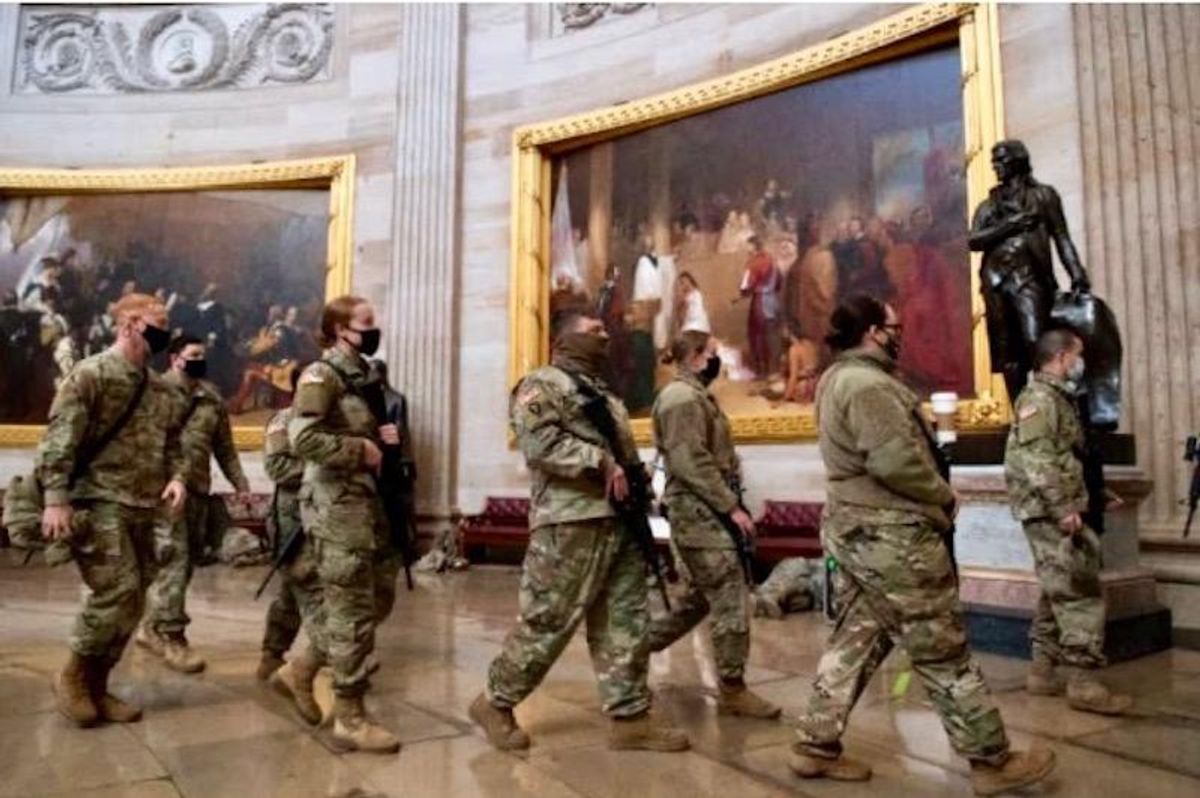 Far-right and white supremacist extremists are actively recruiting in the US military and have gained more support over the past year, the Defense Department said Thursday.

One week after hard-liners who support President Donald Trump stormed the US Congress shutting down the legislature, the Pentagon said it will launch an investigation into the extent of extremism in US military ranks.

A senior defense official who declined to be named told reporters that there was an increase in far-right activity among the military over the past year, though he noted that it paralleled similar growth in society at large.

"We know that some groups actively attempt to recruit our personnel into their cause, or actually encourage their members to join the military for the purpose of acquiring skills and experience our military force," the official told reporters.

"We recognize that those skills are prized by some of these groups, not only for the capability it offers them, but it also brings legitimacy in their mind to their cause."

The military has been aware of the problem for some time.

But it was underscored by the involvement of serving and retired force members, as well as police officers, among the pro-Trump protesters who violently forced their way into the Capitol building last week.

One military captain, a psychological operations specialist in North Carolina, organized a group of 100 people to join the protests.

She has since resigned from the military.

"We in the Department of Defense are doing everything we can to eliminate extremism," said Garry Reid, who oversees intelligence and law enforcement in the office of the secretary of defense.

The Pentagon's independent inspector general said they are opening a probe to see how effective programs are to prevent the growth of extremism and criminal gang support in the two million-strong US military force.

But the Defense Department has not yet released any data on the size of the problem.

The inspector general's probe announcement came after a letter Thursday from 14 US senators urging the Pentagon to look more closely at the problem.

"The issue of white supremacy and extremist ideology within the ranks of our military is not new, but the attack on the Capitol makes clear this alarming trend must be immediately addressed," they said.

They noted that a survey by the Military Times last year found that about one-third of all active-duty respondents had seen signs of white supremacist or racist ideology in the ranks."