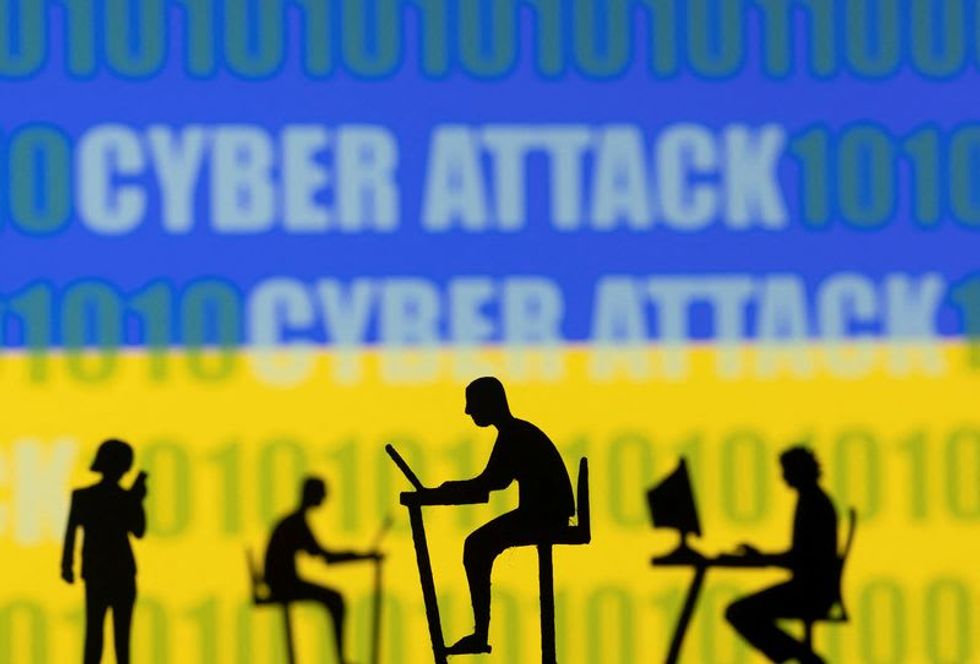 By Elizabeth Culliford (Reuters) - Meta Platforms said a hacking group used Facebook to target a handful of public figures in Ukraine, including prominent military officials, politicians and a journalist, amid Russia's ongoing invasion of the country. Meta said in the last 48 hours it had also separately removed a network of about 40 fake accounts, groups and pages across Facebook and Instagram that operated from Russia and Ukraine targeting people in Ukraine, for violating its rules against coordinated inauthentic behavior. A Twitter spokesperson said it had also suspended more than a dozen a...