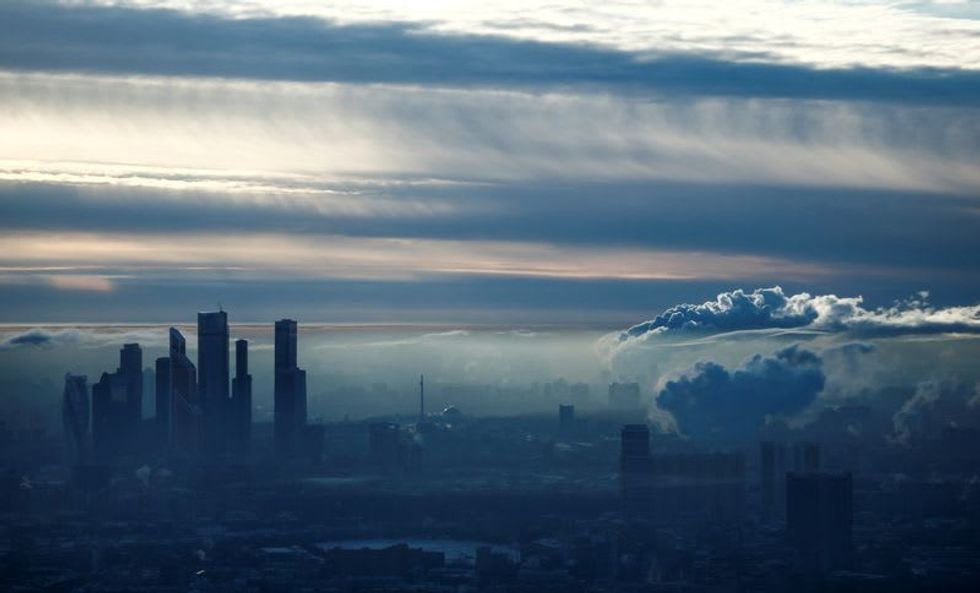 NEW YORK (Reuters) - The West's punishment of Moscow over its invasion of Ukraine ramped up this week following the discovery of civilians shot dead at close range in the Ukrainian town of Bucha, seized from Russian forces.

Below are details on Western sanctions so far:

The U.S. imposed "full blocking sanctions" on Sberbank, which holds one-third of Russia's total banking assets, and Alfabank, the country's fourth largest financial institution. That means U.S. persons cannot do business with the lenders, while any of their assets that touch the U.S financial system are frozen.

U.S. President Joe Biden on Wednesday was set to sign an executive order prohibiting new investment in Russia by U.S. persons, which includes a ban on venture capital and mergers, U.S. officials said.

Previous sanctions by the U.S., Britain and other Western allies in the days following Russia's Feb. 24 invasion of Ukraine, which it calls "a special military operation," kicked the vast majority of Russian banking assets out of those countries, although some activities were allowed to continue.

U.S. banks were required to sever correspondent banking ties, which allow banks to make payments between one another, with Sberbank. Russian lenders VTB, Otkritie, Novikombank and Sovcombank, were also subject to full blocking sanctions.

The U.S. government on Feb. 25 joined European countries in slapping sanctions on Putin and Lavrov.

More than 100 Russian elites, including members of Putin's inner circle, members of the Russian parliament, and Russian executives and businessmen, have been sanctioned since Feb. 24 by Western nations.

The United States, Britain, Europe and Canada in February and March blocked certain Russian lenders' access to the SWIFT international payment system, preventing the lenders from conducting most of their financial transactions worldwide.

The move also placed restrictions on the Russian central bank's international reserves, the nations said in a joint statement.

SWIFT is used by more than 11,000 financial institutions in over 200 countries.

This week, the United States stopped the Russian government from paying holders of its sovereign debt more than $600 million from reserves held at U.S. banks.

Under earlier sanctions, foreign currency reserves held by the Russian central bank at U.S. lenders were frozen, but the Treasury had allowed Moscow to use those funds to make coupon payments on dollar-denominated sovereign debt on a case-by-case basis. On Monday, Washington decided to cut off Moscow's access to the funds, according to a U.S. Treasury spokesperson.

In late February, Britain, the European Union and the United States put new restrictions on dealing in Russian sovereign debt.

U.S. President Biden on March 8 imposed an immediate ban on Russian oil and other energy imports and Britain said it would phase out imports through the end of 2022.

Berlin on Feb. 22 halted the certification of the Nord Stream 2 Baltic Sea gas pipeline project designed to double the flow of Russian gas direct to Germany. The following day the United States imposed sanctions on the company in charge of building the pipeline.

The United States and the EU already had sanctions in place following Moscow's 2014 annexation of Crimea on Russia's energy and defense sectors, with state-owned gas company Gazprom, its oil arm Gazpromneft and oil producers Lukoil, Rosneft and Surgutneftegaz facing various types of curbs on exports/imports and debt-raising.

Sanctions proposed by the European Union on Tuesday, which the bloc's 27 member states must approve, would bar Russian imports worth 9 billion euros ($9.8 billion) and exports to Russia worth 10 billion euros, including semiconductors and computers, and stop Russian ships entering EU ports.

Similar measures were deployed during the Cold War, when sanctions kept the Soviet Union technologically backward and crimped economic growth.