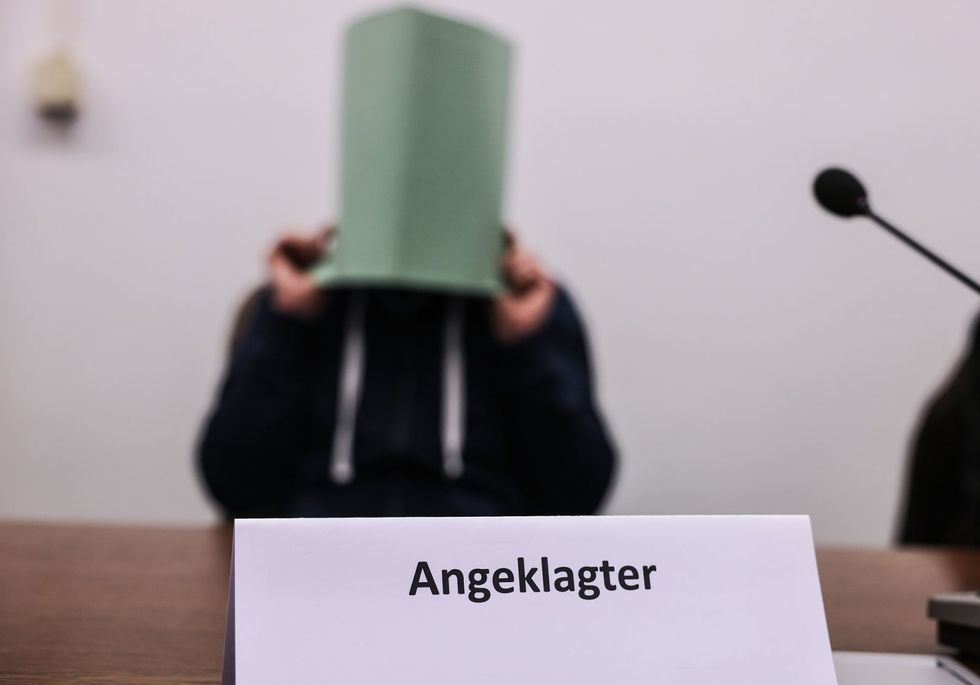 The defendant in the Wermelskirchen abuse complex holds a folder in front of his face in the courtroom. The trial against a 45-year-old man who claimed to be a babysitter to prey on children began in Germany on Tuesday, in a major child sexual abuse case. He is charged with 124 acts, including possession of child pornography and aiding and abetting abuse. Oliver Berg/dpa

The man had pretended to be a babysitter on online platforms in order to make contact with families.

The married man from the town of Wermelskirchen near Cologne is said to have exchanged child pornographic pictures and videos of "unimaginable brutality" with a large number of men.

Prosecutors are seeking imprisonment of up to 15 years for the accused, whose lawyer announced before the trial that he would plead guilty.

The case gained considerable traction as it led to numerous further investigations against other accused persons.

In a separate case in Frankfurt on Tuesday, strict sentences were dealt out to four defendants for their participation in an online child pronography platform known as Boystown.

Both men were accused of serious sexual abuse of children and rape, in addition to their involvement in the platform and will thus be placed in preventive detention after their sentences.

Another defendant - a 60-year-old man who had been arrested in Paraguay - was sentenced to eight years in prison, while a 66-year-old from Hamburg was handed seven years.

The verdict can be appealed.

Investigators managed to dismantle the platform over the course of last year. It was the biggest ever online platform for child pornography, with 400,000 users from around the world.