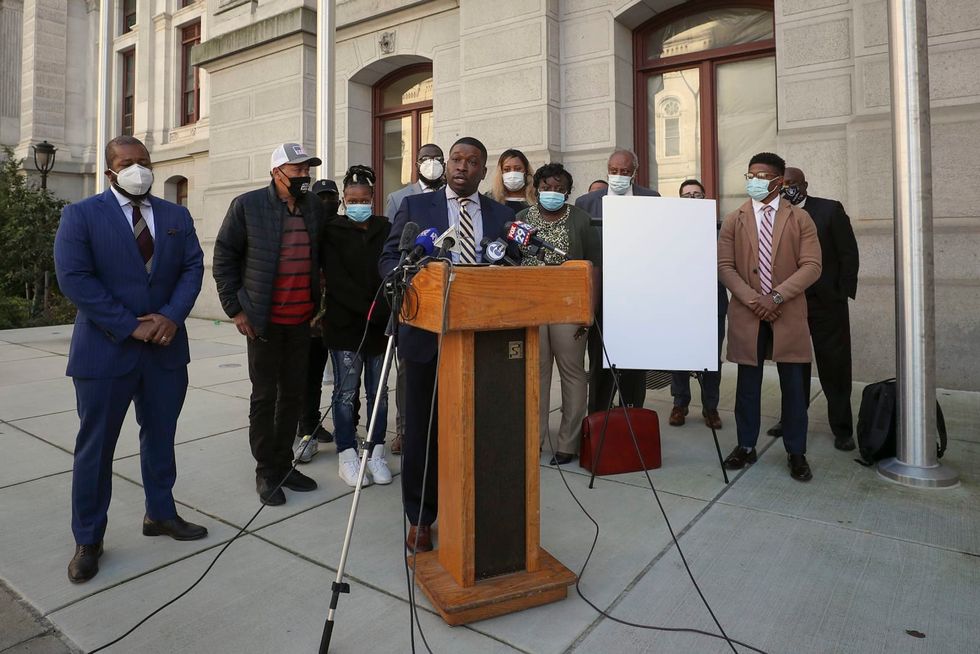 Attorney Shaka Johnson, who is representing the family of Walter Wallace Jr., who was killed by Philadelphia police last October, speaks during a press conference in front of City Hall on Nov. 6, 2020. - HEATHER KHALIFA/The Philadelphia Inquirer/TNS

PHILADELPHIA — The family of Walter Wallace Jr., the West Philadelphia man whose fatal shooting by Philadelphia police in October set off days of protests and unrest in the city, filed a wrongful death lawsuit Thursday against the two officers who killed him. The suit, filed in Common Pleas Court, accuses Officers Sean Matarazzo and Thomas Munz Jr. of using unreasonable force when they shot Wallace more than a dozen times outside his family’s home after he approached them with a knife amid what relatives said was a mental health crisis. “He was gunned down in front of his mother, in front of h...