Select members of the far right, including white nationalist Nicholas Fuentes and anti-Muslim activist Laura Loomer, have been kicked off Clubhouse, a new conversation application that has gained popularity during the coronavirus pandemic, where users can engage with each other in real time about a myriad of topics in different virtual "rooms." 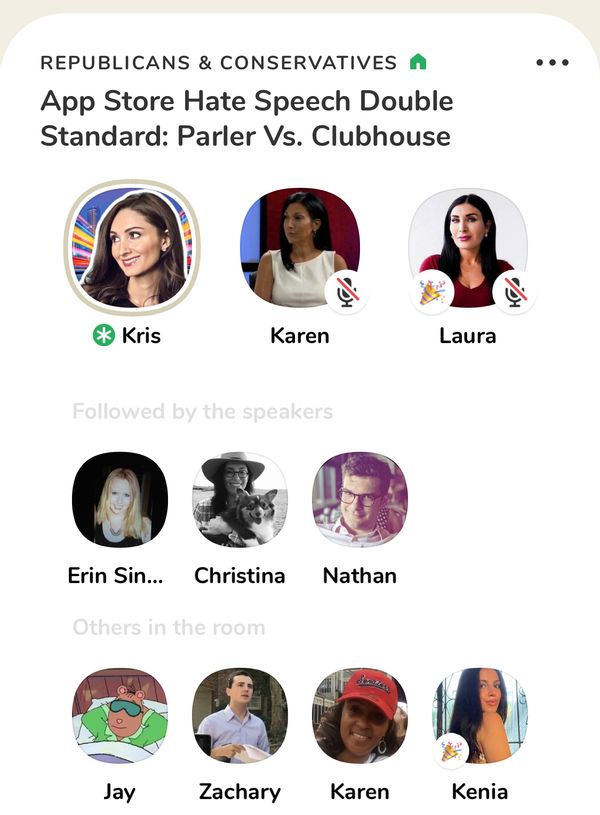 That particular room quickly descended into chaos, with Loomer going on an anti-Muslim tirade, which apparently violates the platform's policies. "As a Jewish woman, who was physically ejected from a moving Uber by a radical Muslim driver, on Rosh Hashanah, I value my safety, I'm pro-life, and you know I don't think I should have to be roadkill because Uber doesn't do background checks on their drivers," the onetime Florida congressional candidate said.

Still no action from Clubhouse as Loomer doubles down on anti-Muslim rhetoric.
— Zachary Petrizzo (@ZTPetrizzo) May 8, 2021

In November of 2017, Loomer was booted from both Uber and Lyft over posting anti-Muslim slurs aimed at drivers for both ride-sharing services. "Someone needs to create a non-Islamic form of Uber or Lyft because I never want to support another Islamic immigrant driver," Loomer tweeted at the time.

In the early hours of Sunday morning, Loomer was permanently suspended from Clubhouse over violating the platform's "violence policy." Responding to the apparent ban, Loomer wrote on Telegram: "I followed all of the rules and simply had a conversation about censorship. Less than 12 hours later, it's 7 am EST, and I'm banned from Clubhouse for what they are calling a violation of their 'violence policy.' Incredible."

"Clubhouse banned me based on accusations that I was violent even though I was only on the app for 5 hours ... Clubhouse needs to be investigated and shut down for aiding and abetting Islamic terrorists," Loomer added. 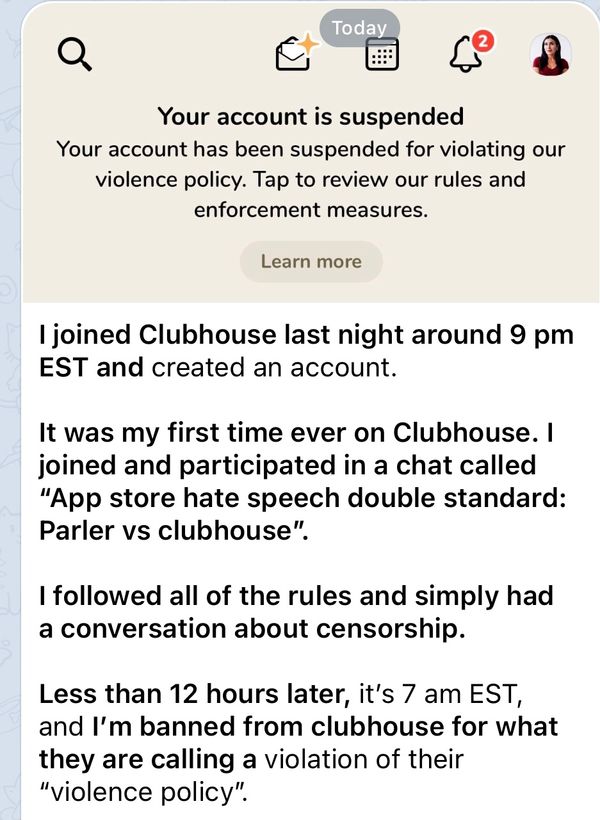 Loomer didn't return a Salon request for comment on the matter.

She isn't the first far-right figure to be booted from Clubhouse; in early March, white nationalist Nicholas Fuentes joined the app only to be permanently suspended within a few hours.

During his Clubhouse call, Fuentes, along with other members of his far-right "groyper army," mocked the killing of George Floyd and the disability of Republican Rep. Madison Cawthorn, who uses a wheelchair after being partially paralyzed in a car accident. "We can be a little racist; we can be a little sexist," Fuentes said on the call, apparently suggesting such attitudes are necessary to protect whiteness.

"White people are under attack," Fuentes says, adding that this far-right "groyper" movement is attempting to preserve a "white demographic core" in the United States.
— Zachary Petrizzo (@ZTPetrizzo) March 7, 2021

Clubhouse also enforced a temporary ban on right-wing hoaxer Jacob Wohl, who also faces a plethora of legal difficulties. Yet many right-wing trolls, including Capitol riot organizer Ali Alexander and far-right social media star Mike Cernovich, remain active on the application. Clubhouse did not return a Salon request for comment on this story.

As for what Clubhouse is and how it works, The New York Times offered this explanation:

A social networking app that lets people gather in audio chat rooms to discuss various topics, whether it's sports, wellness, art or why Bitcoin is headed to $87,000. Rooms are usually divided into two groups: those who are talking and those who are listening (participants can see a list of everyone who is in a conversation, and the numbers sometimes run into the thousands). Unlike Twitter, Clubhouse is a closed, hierarchical platform: A moderator oversees discussions and has the ability to let someone chime in or to kick out the unruly. In addition to the "clubs" sorted by topic, two or more users can join together and start their own chat room.

CORRECTION: As originally published, this article inaccurately described Kris Ruby, the public relations consultant who moderated the Clubhouse room in which Laura Loomer made the comments quoted above. That passage has been corrected.