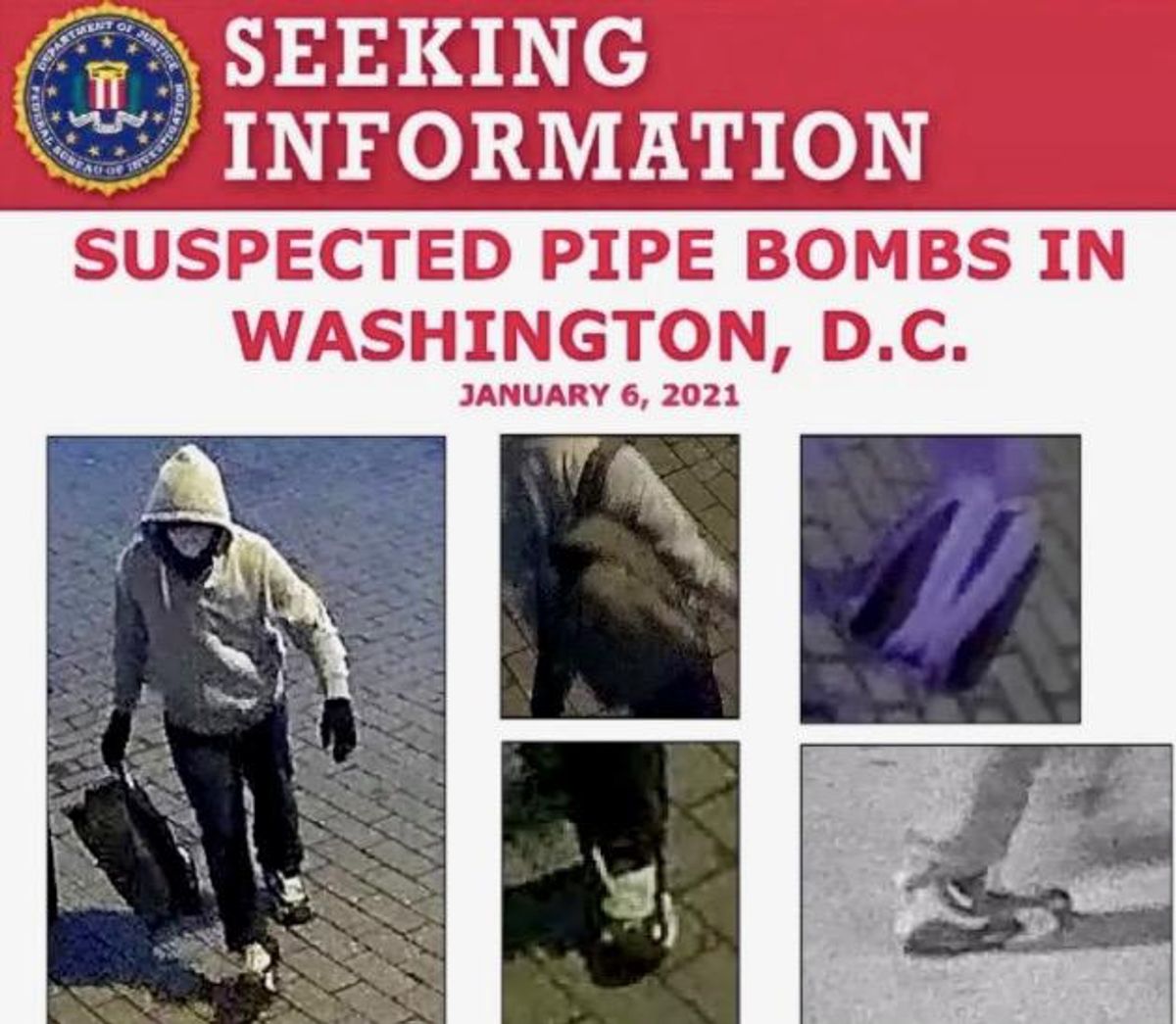 The bombs did not explode but were seen as an indication of the possible planning and seriousness of the insurrectionary threat to the US legislature by supporters of then-president Donald Trump.

Some analysts, including the former head of the Capitol Police, suspect the bombs may have been designed as an intentional diversion to draw off security forces so that the attackers could force their way into the Capitol building.

The FBI announcement suggested it does not have any leads on the identity of the person.

It has focused in part on the somewhat uncommon basketball shoes the suspect was wearing, Nike's Air Max Speed Turf model, possibly from a recent reissue.

Hundreds of people could be prosecuted over the January 6 attack, in which Trump supporters alleging Joe Biden's victory in the November presidential election was rooted in fraud stormed and shut down the Congress to halt the certification of Biden's win.

Trump is accused of encouraging the attack, which nevertheless failed to prevent the Democrat from being sworn in as president on Wednesday.

The federal government has charged 117 people involved in the assault so far, according to a count by the George Washington University Program on Extremism.

Many of them have been identified through social media postings, videos they and others took of the assault and uploaded for the public to see, and tips from independent researchers focused on far-right extremism.

According to the Program on Extremism's data, those charged so far include 102 men and 15 women, and they came from 35 states and Washington.

Most have been initially charged with illegally entering the Capitol and violent behavior, but some have been hit with assault and other charges.

But in a sign that charges for some could become more serious, on Tuesday three people were charged together for conspiracy in the attack.

The three, associated with the violent, extreme-right Oath Keepers group, "planned ... to forcibly storm the US Capitol," the indictment said.