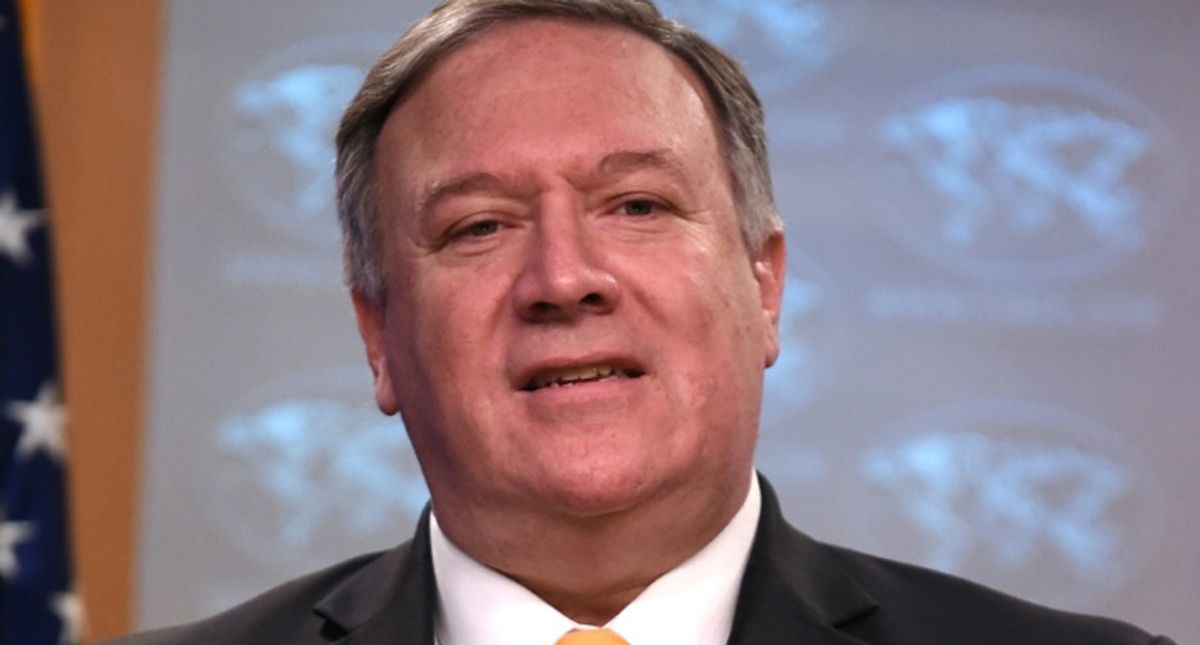 Former U.S. Secretary of State Mike Pompeo, a 2024 GOP presidential hopeful, weighed in on the latest far right outrage, that the CIA is seeking diverse candidates. Pompeo, who served as CIA Director before Trump moved him to Foggy Bottom, insisted that he never saw color or "sexuality" in candidates, and told a story that few seemed to believe.

Pompeo, a Christian right dominionist who believes in the Rapture but not in the separation of church and state, once once delivered a speech bragging about “Being a Christian Leader." After leaving office an Inspector General's report blasted his handing of the State Dept.

He also tweeted: "We can't afford to risk our national security to appease some liberal, woke agenda."

He was roundly mocked, including by some who noted that if he did see "sexuality" why did he refer to the CIA employee as a "female analyst"?

Here's what some said: