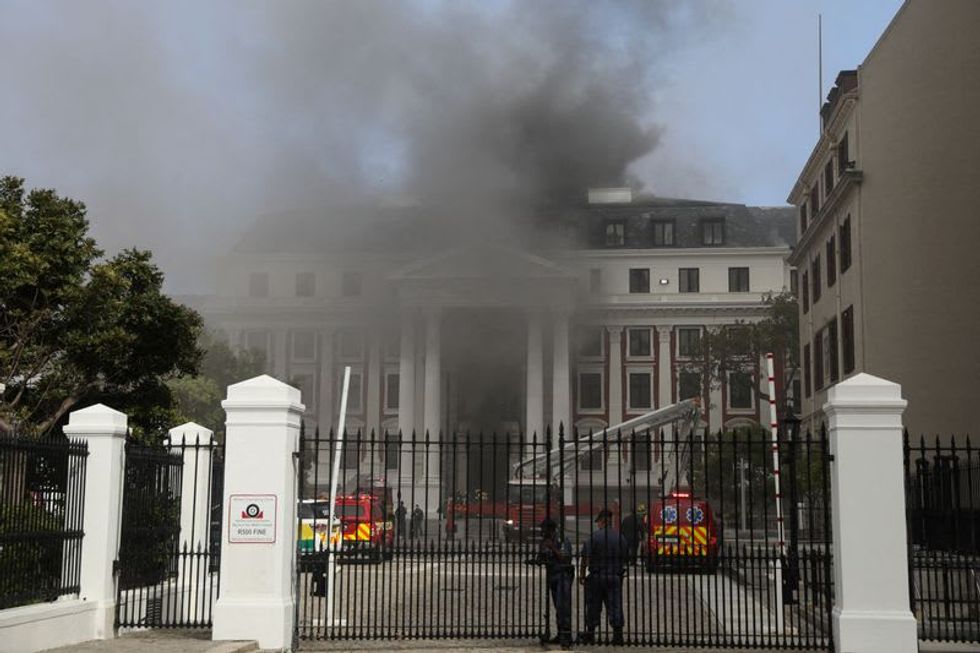 By Nqobile Dludla and Wendell Roelf

CAPE TOWN (Reuters) - A fire erupted at the South African parliament in Cape Town on Sunday, with media coverage showing flames coming from the roof of the building and a plume of smoke that could be seen from some miles away.

It wasn't immediately clear if anyone was in the building.

The fire was on the third storey of the building and initial reports indicated that it started in the office space and spread towards a gym, said Jean-Pierre Smith, a Cape Town mayoral committee member responsible for safety and security.

The roof area had caught alight and the National Assembly building was on fire too, Smith said.