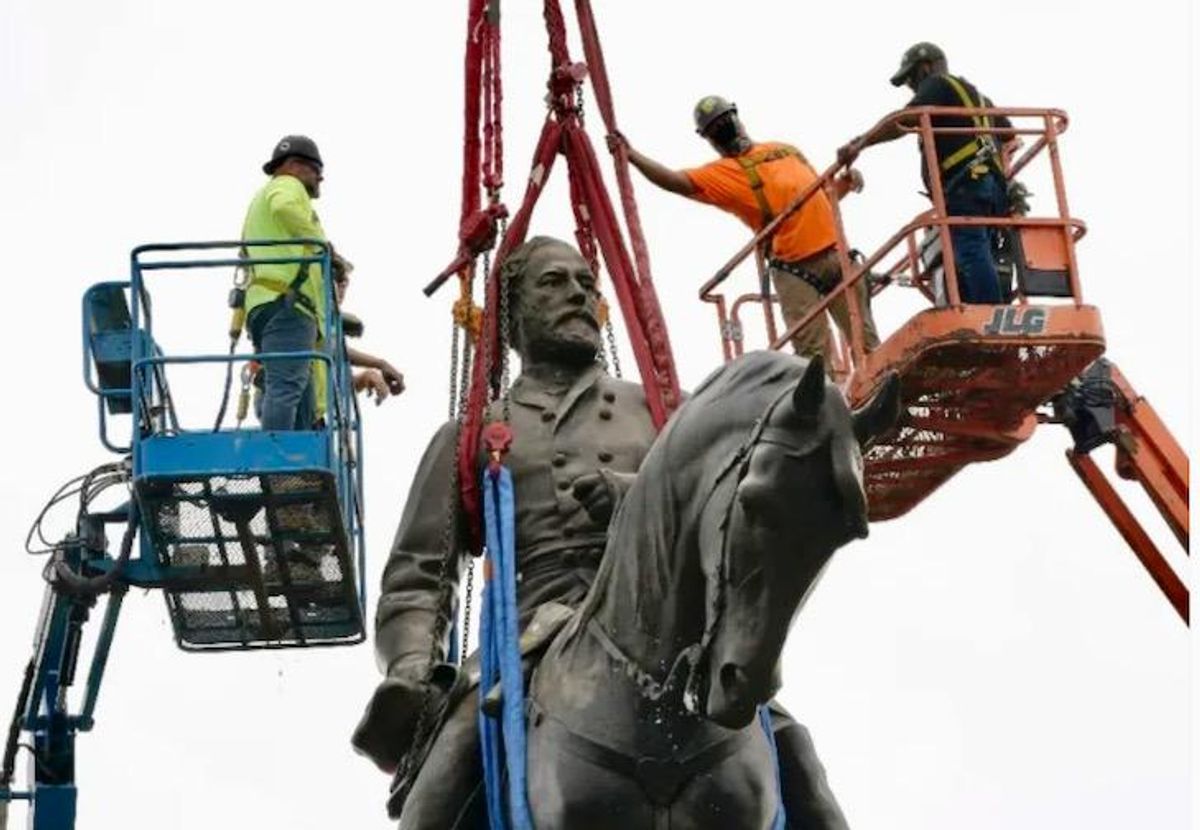 A statue of a Confederate general that became the focus of US protests for racial justice was removed Wednesday in Richmond, the Virginia city that served as capital of the pro-slavery South during the Civil War.

The statue of General Robert E. Lee, who commanded the Army of Northern Virginia during the bloody 1861-65 conflict, was lifted off its 40-foot (12-meter) granite pedestal by a crane to be carted away on a flatbed truck as a crowd of hundreds cheered under tight security.

Erected in 1890, the imposing figure of Lee mounted on a horse dominated Richmond's Monument Avenue.

It became a focal point for protests following the May 2020 death of George Floyd, a Black man who was murdered by a white police officer in Minnesota.

The Lee statue is among the hundreds of Confederate monuments in the United States that are now widely considered symbols of racism.

Announcing the removal of the statue, Virginia Governor Ralph Northam, a Democrat, called it "an important step in showing who we are and what we value as a commonwealth."

Richmond Mayor Levar Stoney said the city is "no longer the capital of the Confederacy."

"We are a diverse, open, and welcoming city, and our symbols need to reflect this reality," Stoney said.

Tensions over the fate of a Lee statue in Charlottesville, another Virginia city, led to violence in August 2017 when a white nationalist drove his car into a crowd of demonstrators, killing a woman.

The attack gave new life to a campaign to remove Confederate symbols which first gained momentum following the June 2015 murders in South Carolina of nine black churchgoers by an avowed white supremacist.

During the Civil War, the Confederate South seceded from the United States and fought to maintain slavery, which the rest of the country had abolished.

Defenders of preserving Confederate symbols have argued that the monuments serve as a reminder of a proud Southern heritage, and claim removing them is erasing history.

According to historians, however, most of the Confederate monuments dotting the southern United States were erected during the Jim Crow era of racial segregation and in response to the civil rights movement.