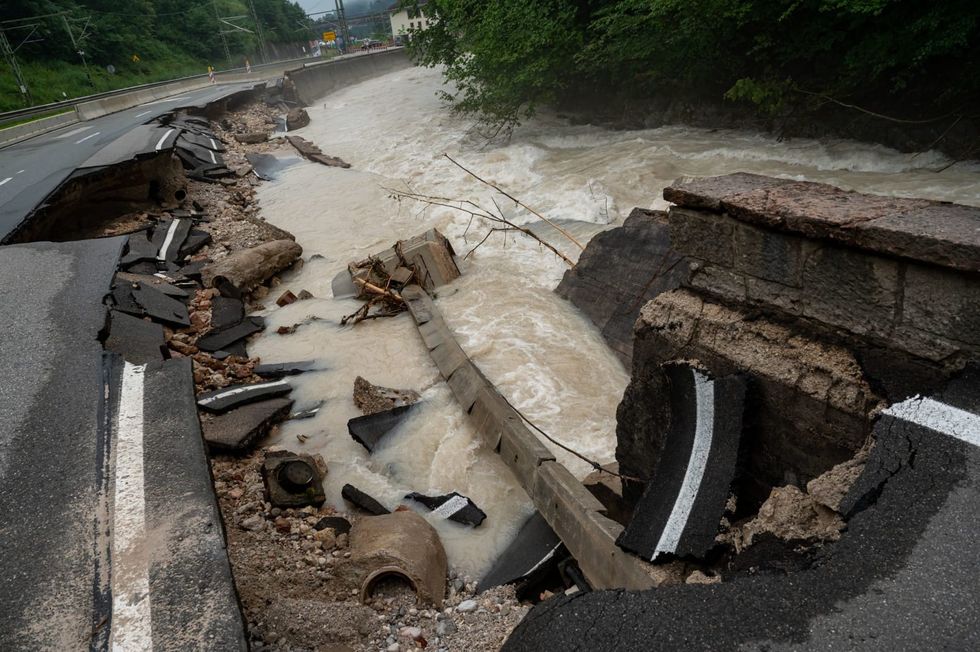 Floods in Germany - Half of the federal road 20 is being swept away after the flooding of the Ramsauer Ache river, shortly before the village of Berchtesgaden. - Peter Kneffel/dpa

The devastating floods that struck parts of western Germany did around 2 billion euros (2.3 billion dollars) worth of damage to the region's road and rail network, government sources told dpa on Monday.

In the case of the railway alone, the repair costs are estimated at 1.3 billion euros.

Destroyed bridges, rail lines, roads and cell phone masts in the disaster areas should be repaired as soon as possible, the Ministry of Transport said earlier.

To this end, a ministry task force met on Monday with representatives of German railway company Deutsche Bahn and federal roadway officials.