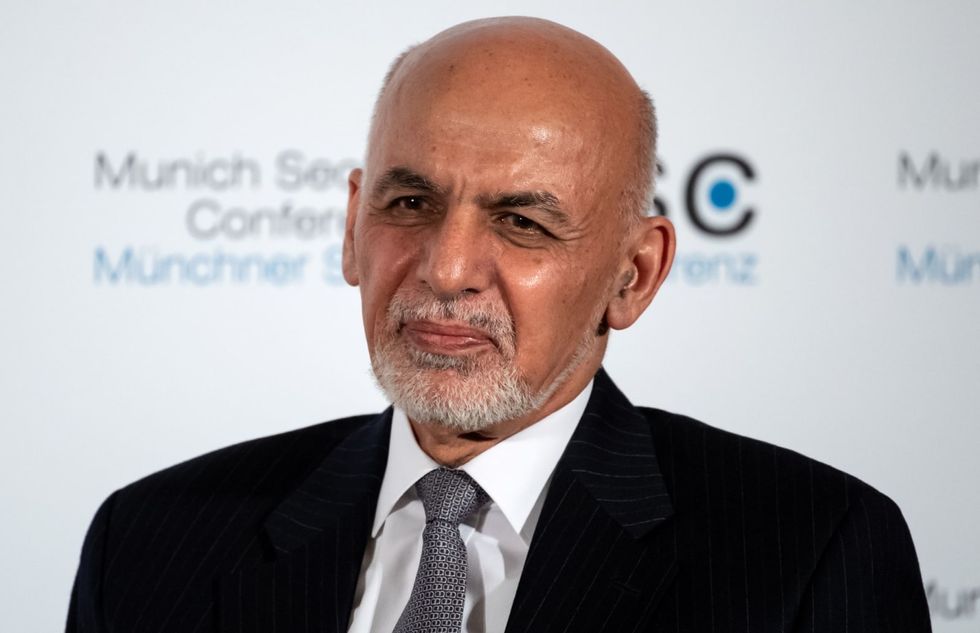 Then Afghan President Ashraf Ghani speaks at the 56th Munich Security Conference. Ghani attempted to give an explanation on Wednesday of why he left Kabul so abruptly as the Taliban closed in on the city. Sven Hoppe/dpa

Former Afghan President Ashraf Ghani attempted to give an explanation on Wednesday of why he left Kabul so abruptly as the Taliban closed in on the city.

Apologizing to the Afghan people for his actions in a statement, Ghani said that he had no choice in the matter, as his security team had told him that his continued presence in the city would spark street-to-street fighting, last seen in Kabul during the 1990s civil war.

Ghani said that while it had been the most difficult decision of his life, in a bid to avoid further bloodshed he had agreed to leave Kabul.

In the statement, Ghani lamented that, like his predecessors, he too had been unable to bring peace and prosperity to the war-torn country.

"It is with a deep and profound regret that my own chapter ended in a similar tragedy to my predecessors."

Ghani took the opportunity to deny the claims that he had taken millions of dollars out of the country when he fled, even saying that he was ready to be investigated to prove his innocence.

The claims originated with a former Afghan ambassador to neighbouring Tajikistan, Zahir Aghbar, who alleged that Ghani took around 169 million dollars with him when he left the country.

Ghani was heavily criticized both domestically and internationally for abandoning Afghanistan and paving the way for a complete Taliban takeover.

The newly-announced cabinet was not mentioned in Ghani's statement, but the former president did say that he had always believed that democracy was the only way forward for a sovereign and peaceful Afghanistan.