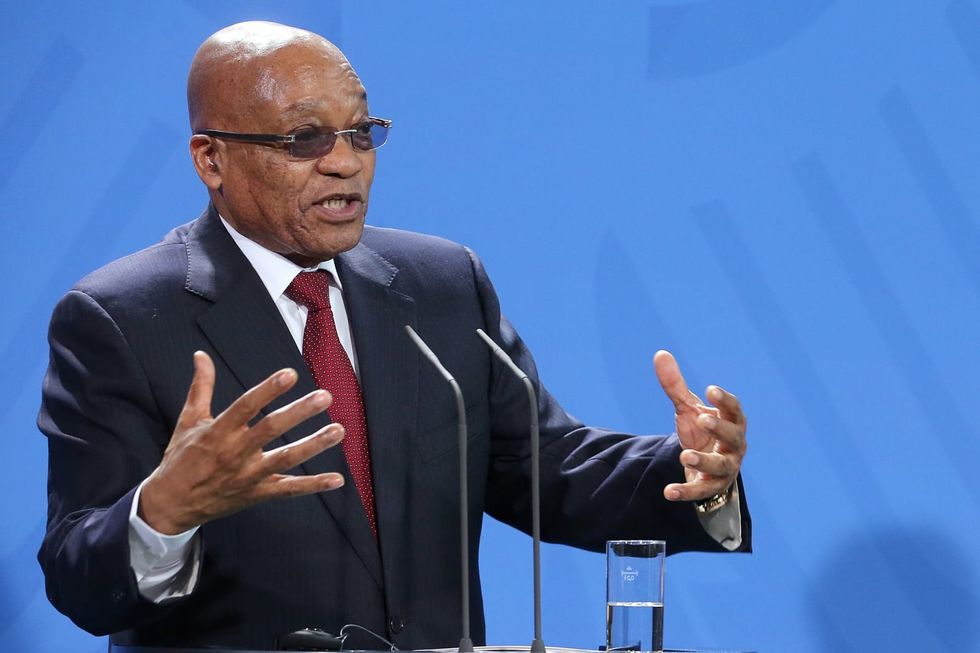 Jacob Zuma, then President of South Africa, speaks during a press conference in Berlin. Wolfgang Kumm/dpa

Former South African president Jacob Zuma's health has deteriorated to the point that he is being released from prison, where he is serving a contempt of court sentence, officials said on Monday.

Zuma had been sentenced to 15 months in early July because he refused to show up to court to face corruption charges. His supporters lashed out after that decision, starting a series of nationwide protests and plundering that resulted in more than 300 deaths and significant damage to infrastructure and private property.

Court officials say they were presented with documents at the weekend showing that the 79-year-old's health is too impaired for him to stay in prison. He remains under probation.

The corruption trial will still proceed. However, Zuma has said in the past that he would go to jail rather than show up for the proceedings. He is accused of using his position to funnel state resources to allies.