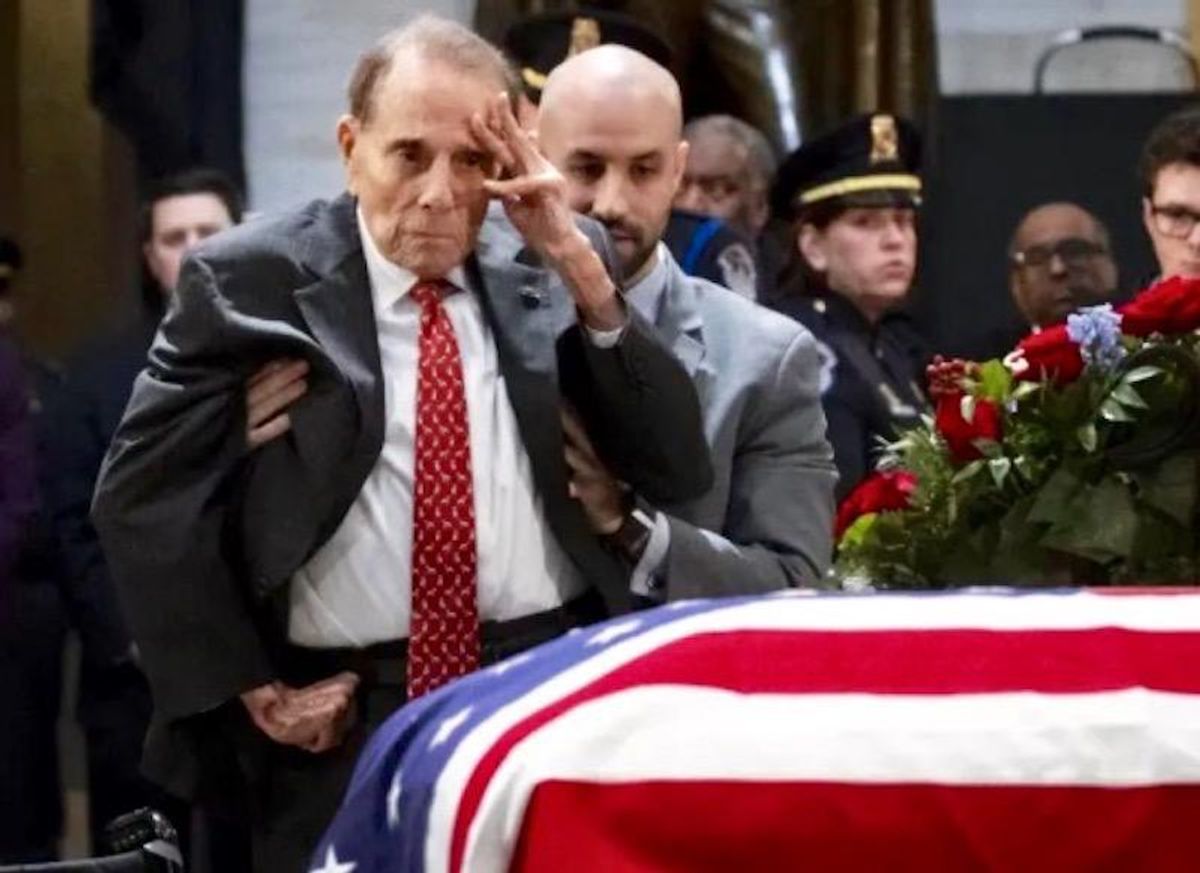 Former US Republican presidential candidate Bob Dole announced on Thursday that he has lung cancer and will begin treatment next week.

"Recently, I was diagnosed with stage four lung cancer," the 97-year-old former senator from Kansas said in a tweet.

"My first treatment will begin on Monday," he said. "While I certainly have some hurdles ahead, I also know that I join millions of Americans who face significant health challenges of their own."

Dole battled back from being severely wounded during World War II to become a five-term US senator and the Republican Party's 1996 presidential nominee.

Dole lost the White House race to Democrat Bill Clinton, 20 years after losing the 1976 election as Gerald Ford's running mate, making him the only person to lose both the presidential and vice presidential elections on a major party ticket.

Dole was elected to the US House of Representatives from Kansas in 1960 and won election to the US Senate in 1968.

He was re-elected four times, serving both as Senate majority and minority leader over the years.

Dole won the Republican presidential nomination on his third attempt, in 1996, making him at the time, at age 73, the oldest ever first-time nominee for the White House.

He was soundly defeated, however, after an uninspiring campaign, with Clinton capturing 379 electoral votes to Dole's 159.