Fox & Friends filibuster freakout: If they end it ‘Democrats will rule our country forever’ 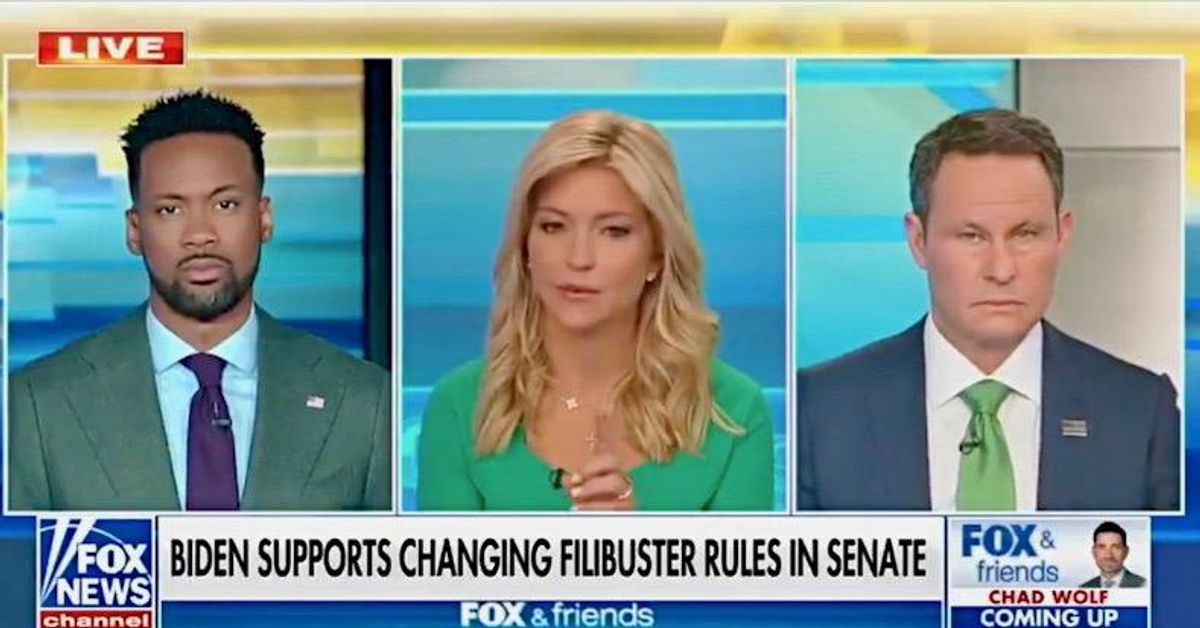 "The country's gone, it's a free-for-all if this happens."

Fox News on Wednesday seemingly made a huge admission: conservatives and their policies do not reflect the will of the majority of Americans.

That's essentially what "Fox & Friends" telegraphed to viewers when co-host Ainsley Earhardt responded to a clip of President Joe Biden making news by merely saying he supports reforming the filibuster – not even eliminating it.

"If they end the filibuster, the Democrats will rule our country forever," she warned. "We will become a socialist country."

"So first they'll do, they'll kill the filibuster," she said, reading from prepared notes. "Then they'll pass this H.R. 1," Earhardt warned, referring to Democrats' bill to protect and expand voting rights, reduce gerrymandering and money in politics, and enact ethics reforms.

"So felons can vote, no ID if you go to vote, register everybody, expand mail-in ballots," Earhardt, fear-mongering, said about the bill, as if for some reason some U.S. citizens should be prohibited from voting, or have to work harder to cast a ballot.

"Then, guess what, they're going to start packing the court," she continued down her list of feared pro-democracy reforms.

"The country's gone, it's a free-for-all if this happens," an alarmed Earhardt railed.

She told Fox News viewers that conservative Democrats Joe Manchin and Kyrsten Sinema are opposed to ending the filibuster, "but if they change their minds, it's over."

Ainsley Earhardt solemnly warns that "if they end the filibuster, Democrats will rule our country forever. We will become a socialist country." This is about Joe Biden wanting to restore the talking filibuster. pic.twitter.com/je84hAo9tZ
— Bobby Lewis (@revrrlewis) March 17, 2021