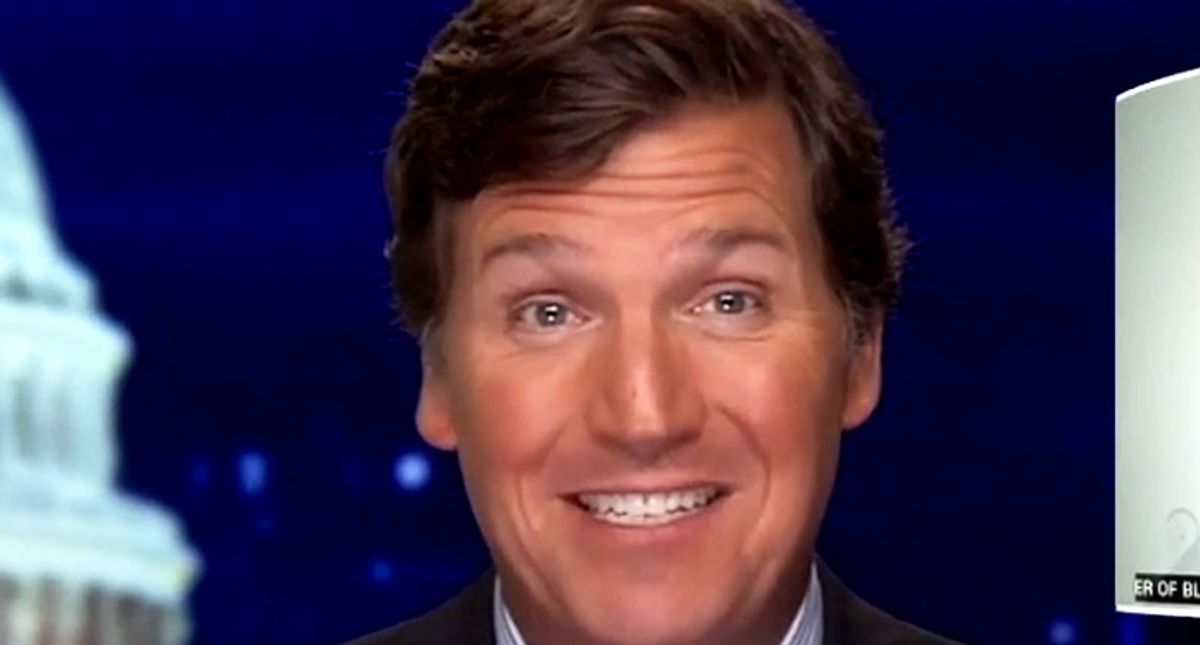 In the weeks leading up to the January 6 assault on the U.S. Capitol Building, opinion hosts at Fox News were more than happy to promote then-President Donald Trump's bogus and debunked claims of widespread voter fraud. Never Trump conservative Max Boot, in a February 9 column for the Washington Post, slams the right-wing cable news outlet for pushing lies and disinformation in the weeks after the 2020 election — and for continuing to do it.

"Donald Trump is now on trial in the Senate for inciting a violent insurrection, but what about his collaborators?," Boot writes. "Fox 'News,' Newsmax, One American News, and other right-wing outlets relentlessly pushed the 'Big Lie' that led to this attack. On January 4, for example, Fox News' Tucker Carlson accused 'virtually every power center on Earth' of working 'tirelessly.… to bypass voters and get Joe Biden to the White House'…. Where is the accountability for right-wing propagandists like Carlson, who recklessly splashed around the lighter fluid that ignited on January 6?

"The only legal action that has shown any success against the disseminators of disinformation has been defamation suits," Boot explains. "The voting machine company Smartmatic filed a $2.7 billion defamation case last Thursday against Fox News and several of its on-air commentators. This follows a lawsuit filed by Dominion Voting Systems against Trump lawyers Rudolph W. Giuliani and Sidney Powell. Unlike the frivolous suits filed by some Trump allies against mainstream media, these cases have merit — and therefore, bite."

Boot adds, "It's not clear why Fox News took Lou Dobbs — one of the biggest spreaders of election lies — off the air, but it is significant that this occurred right after the Smartmatic lawsuit was filed. Yes, 'cancel culture' exists — at Fox News! Also, last week, nervous Newsmax hosts cut off MyPillow CEO Mike Lindell as he began to launch into a delusional tirade about Dominion voting machines."

The conservative columnist stresses, however, that the firing of Dobbs doesn't mean that Fox News and Fox Business are cleaning up their act.

"Fox News is a giant corporation that presumably pays for libel insurance — it won't be put out of business by a defamation case," Boot observes. "And while Fox has taken Dobbs off the air, it continues to give airtime to Maria Bartiromo and Jeanine Pirro, who were also named in the Smartmatic suit. Indeed, Fox News is reacting to slippage in its ratings by putting more unhinged editorializing on the air. Bartiromo is one of several bloviators who has auditioned for the 7 p.m. time slot once reserved for supposedly straight news."

Boot isn't saying that right-wing pundits shouldn't have an outlet; although Boot is a blistering critic Trump and supported Biden in 2020, he is still right-of-center politically and voices conservative opinions during his CNN appearances. But Boot stresses, in his column, that there needs to be accountability when right-wing outlets promote outright lies.

The columnist writes, "While Trump is on trial, his media enablers are free to continue lying and inciting hatred — which is likely to result in more violence in the future…. There will always be an audience for extremism, and it only takes 1.2% of the population — 4 million people — watching a cable show to make it into a huge hit. The only real check on the behavior of the right-wing media is a sense of social responsibility on the part of their executives and boards. Which means that there is no check at all."