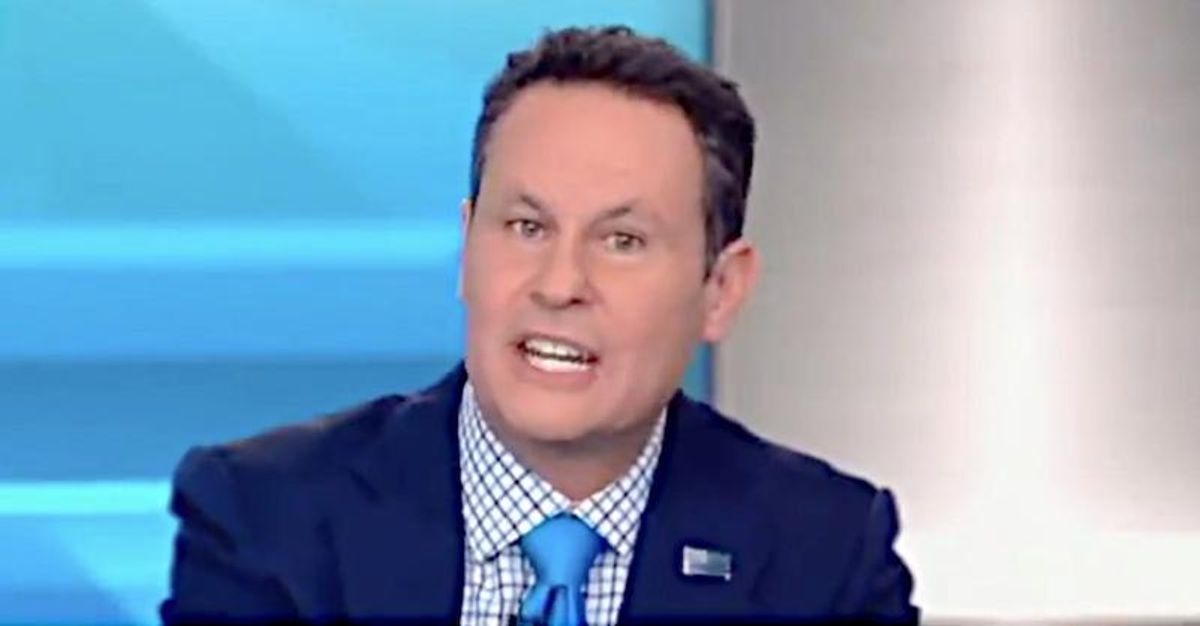 While a few Fox News hosts on Monday sprinkled bits of begrudging encouragement or support for Americans to get vaccinated, one Fox News host Tuesday morning was fully on board with attacking the COVID-19 vaccine.

"What is this to also say the vaccine is not nearly as effective against this delta variant, as they say if you look at what's happening in Britain, they say 70% of the new cases are fully vaccinated people with the Pfizer vaccine, nobody talks about that," host Brian Kilmeade said angrily on "Fox & Friends."

The British Government on Monday announced that 60% of coronavirus patients requiring hospitalization were not vaccinated. NCRM could find nothing to support Kilmeade's claim that "70% of the new cases are fully vaccinated people with the Pfizer vaccine," which may be why "nobody talks about that."

It is true that as greater numbers of people get vaccinated more vaccinated people will contract the coronavirus, as Britain's chief scientific adviser, Sir Patrick Vallance said Monday.

"As a higher proportion of the population is double vaccinated, it's inevitable that those 10% of that very large number remain at risk and will therefore be amongst the people who both catch the infection and end up in hospital."

Kilmeade was using the news that several Texas Democrats who traveled to D.C. subsequently tested positive for coronavirus. He mocked them for being on "Beta O'Rourke's private jet that his foundation financed," and implied that because they tested positive the vaccines don't work, which is false, and don't work as well against the highly-contagious delta variant, which is even more reason to get vaccinated.

On Monday Kilmeade insisted no one had any right to insist people get vaccinated and said it is not the job of the federal government to protect Americans, which is also false.

Kilmeade is still undermining vaccines today, suggesting that people are lying about their effectiveness against variants
"The vaccine is not nearly as effective against this Delta variant as they say" h/t @ryanmasri_ pic.twitter.com/mZyyxS4H0p — Lis Power (@LisPower1) July 20, 2021