Fox News host serves up vaccine meltdown: Not the federal government’s job to protect anybody 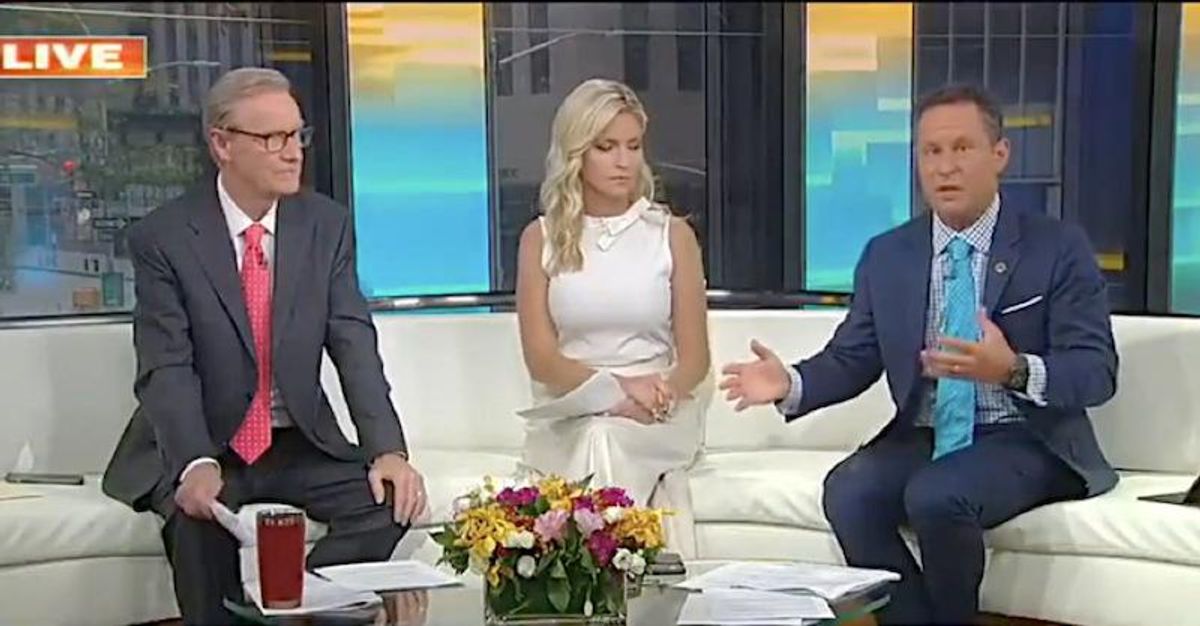 For weeks Fox News has been ramping up its anti-vaxx attacks on the U.S. public, even using medical doctors and its own hosts to spread false claims, disinformation, and doubt about the COVID-19 vaccines.

On Monday morning in a surprise move one Fox News host actually urged Americans to get vaccinated – to the anger of another, Brian Kilmeade.

"If you didn't get a vaccination, that's your choice," Kilmeade told "Fox & Friends" viewers Monday morning. "And if you did, like I did, and they did," he added, revealing the vaccination status of his two co-hosts, "and maybe you did, then you should not wear a mask."

"And if you didn't" get the coronavirus vaccine, "and you want to go cliff diving this weekend, you don't have to check with me. It's a little dangerous, but I'm not going to judge you."

"And if you go and put yourself in danger, if you feel that this is not something for you," Kilmeade said of getting vaccinated, "don't do it, but don't affect my life."

Kilmeade revealed to Fox News viewers that he has yet to understand that anyone who is not vaccinated poises a potential threat to not only those who have yet to get vaccinated, but to those who have – as breakthrough cases are being seen given that the vaccine is close to but not 100% effective. They also create a greater likelihood of new and potentially even more deadly coronavirus variants will develop.

"99% of the people who are dying from COVID are unvaccinated," co-host Steve Doocy interjected, as Kilmeade appeared to roll his eyes.

"They don't want to die," retorted Doocy, in a rare smack-down of his colleague. "So they are, the administration and the government are saying, we need the mask mandate to protect the unvaccinated."

Kilmeade, who has written five books on the Founders and American history, almost prayerfully clasped his hands together and declared falsely, "That's not their job, it's not their job to protect anybody!"