Kamala Harris is only vice president 'based on gender and skin color': Fox News contributor 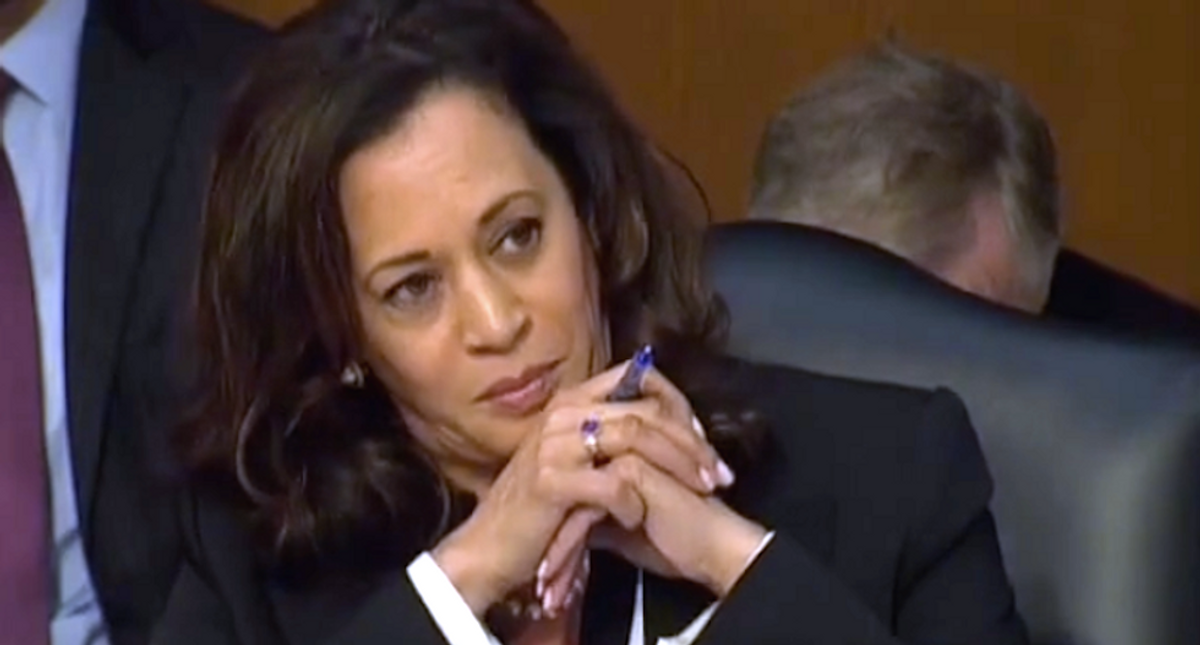 On Fox News Tuesday, contributor Katie Pavlich went after Vice President Kamala Harris, who is currently in the middle of a tour of Mexico and Central America to address the source of the migrant surge — a trip that many on the right have already declared a failure because Harris hasn't posed for a photo-op at the southern border.

"This is what happens when you choose your Vice President based on gender and skin color, not on talent and expertise," said Pavlich in discussion with the hosts of The Five.

Pavlich, a regular commentator on Fox, has previously praised the Proud Boys as "peaceful" and argued that "police aren't shooting innocent Black men" in response to the Black Lives Matter movement.

FOX News Host @KatiePavlich on @VP Kamala Harris: "This is what happens when you choose your Vice President based o… https://t.co/DCefossCLp
— chris evans (@chris evans) 1623190905.0