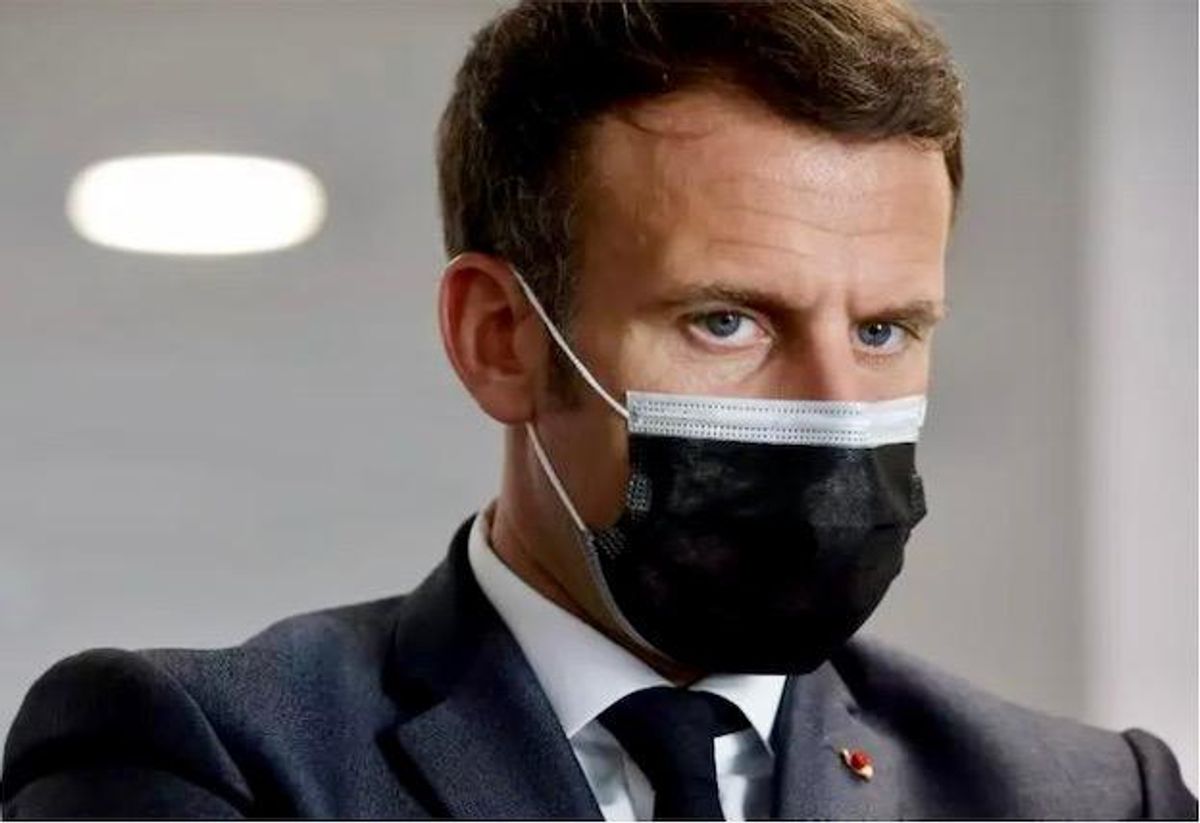 French health authorities said on Monday that the number of patients in intensive care with Covid-19 increased by 102 to 4,974, more than the 4,919 high of the second lockdown in mid-November.

This week will be decisive for the strategy overseen by President Emmanuel Macron and his government who argue that every day without a lockdown is a bonus for France, which they see as exhausted after a year of restrictions.

New tougher measures were introduced on March 20 covering around a third of the population, including the Paris region, but the government stopped short of full stay-at-home orders with many shops still open and people allowed to meet outside in small groups.

Pressure is now rising to close schools and go further, with many medics and epidemiologists warning the disease is out of control.

"If we arrive at a point where the risk is too great, we've always said a lockdown is the ultimate decision, the final resort," senior ruling party MP Aurore Bergé told the Public Senat channel on Monday.

She defended the strategy of trying to "find a balance" between managing the health emergency while taking into account the psychological impact of lockdown measures, as well as the economic and social costs.

"We'll look at the effectiveness of the containment measures in the coming days and we'll take others if they are necessary," Macron told the Journal du Dimanche newspaper on Sunday, adding: "At this time nothing has been decided."

The 43-year-old head of state resisted pressure from his scientific advisers and health minister to impose a national lockdown at the end of January and is under fire from political opponents a year before elections.

France's vaccine rollout has also been hit by a chronic shortage of doses.

The daily figures for new infections and hospitalisations make for grim reading.

Over the last seven days, an average of around 37,000 new cases have been reported daily, up a quarter on the previous seven-day period, while bed shortages in hospitals in the most affected areas are becoming acute.

In total, there are currently 28,000 people in hospital with Covid-19 in France, slightly lower than the peak of 32,000 hospitalisations in the first wave in March and April last year, and 33,500 in the second wave, official figures show.

On Monday, the public health authorities reported that 4,974 people were in intensive care, lower than the peak of 7,019 in the first wave, but above the 4,903 second-wave high seen in November.

"The outlook is worse than frightening," head of anaesthesia and intensive care at the Pitie Salpetriere hospital in southeast Paris, Jean-Michel Constantin, told RMC radio on Monday.

"We're already at the level of the second wave and we're getting close to the first one... April is going to be dreadful."

In Seine-Saint-Denis north of Paris, the poorest department in mainland France, cases are now above 700 per 100,000 people, meaning around one in 150 people is infected.

More than 40 doctors and emergency care directors from the Paris region put their names to an open letter Sunday warning that hospitals would soon have to start rationing access to intensive care beds and select patients judged to have the best survival chances.

"We cannot remain silent without betraying the Hippocratic oath we once made," they wrote.

Macron has always made this a red line, saying that he would never force medical staff to make such life-or-death choices.

"There's a feeling of anger at finding yourself in a situation that will force you to do disaster medicine," said Remi Salomon, a senior figure in the AP-HP public hospitals in Paris, said Sunday.

"In 10 days, 15 days or three weeks we might be overwhelmed," he told the all-news channel BFMTV, pleading for a new lockdown, including for schools.