'#FreetheFentanyl': Internet asks if GOP lawmaker 'openly rooting' for illegal drugs is 'working for the cartels' 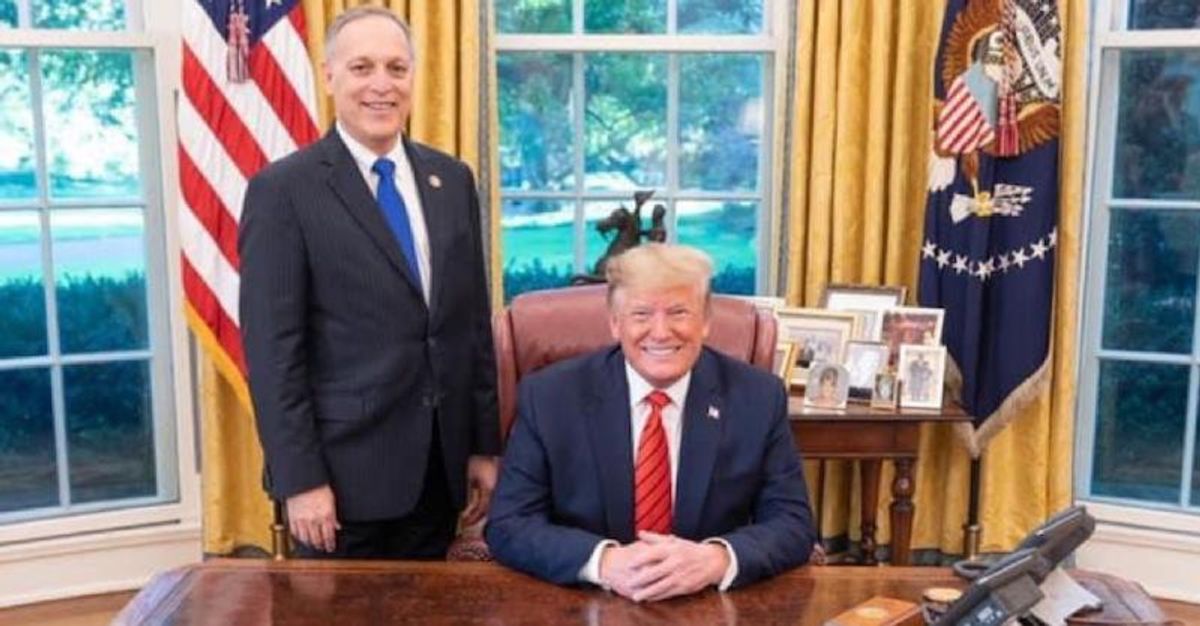 U.S. Rep. Andy Biggs (R-AZ), one of the pro-insurrection Republican members of Congress, is being mocked after expressing outrage that the Biden administration seized a huge amount of an incredibly deadly opioid, fentanyl.

Biggs, the chairman of an extremist group of House Republicans known as the Freedom Caucus, tweeted: "Under Joe Biden, enough fentanyl to kill 238 million Americans was seized at the southern border last month."

"Where's the outrage in the media?" he demanded to know.

It was unclear why the Republican from Arizona would expect the media to be outraged that the Biden administration did its job and prevented a massive amount of the drug which in 2018 was rated the top opioid overdose killer from entering the U.S.

Biggs is one of the 147 House Republicans who voted to overturn the free and fair election of President Joe Biden. Later, he voted against awarding three members of the Capitol Police Congressional Gold Medals. In January his two brothers in an op-ed called for his removal from Congress, saying he is “at least partially to blame" for the January 6 insurrection.

Noted political scientist and contributing editor for the Atlantic Norman Orenstein and CNN's John Harwood were among those weighing in:

As did many others: