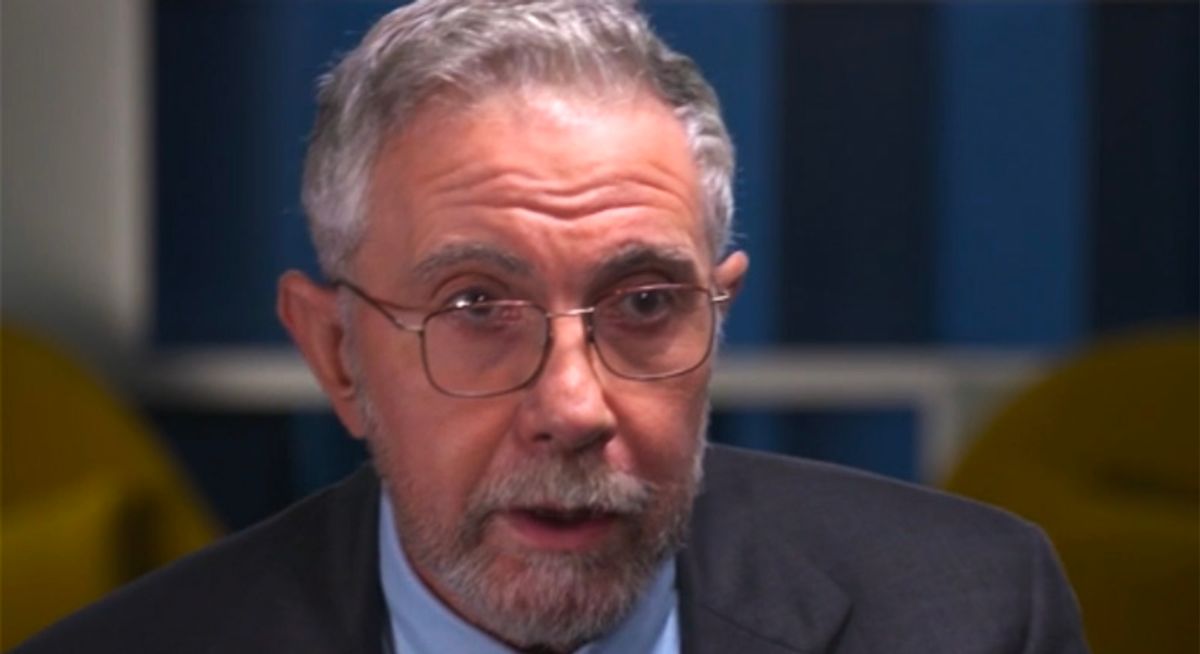 Before President Joe Biden was sworn into office a week ago, liberal economist and New York Times columnist Paul Krugman predicted that Republicans in Congress would "magically rediscover fiscal conservatism" and oppose any coronavirus relief package he proposed. Sure enough, some Republicans are claiming that the new president wants to spend too much. And Krugman, in a Times column published this week, argues that Republicans in Congress are more interested in playing partisan politics than helping the millions of Americans who are still hurting financially because of the COVID-19 pandemic.

"President Biden is proposing a large relief package to deal with the continuing fallout from the coronavirus," Krugman explains. "The package is expansive, as it should be. But it is, predictably, facing demands that it be scaled back. Which, if any, of these demands have some validity?"

Krugman argues that there have been some "some good-faith objections to parts of the Biden proposal" coming from centrist Democratic Sen. Joe Manchin of West Virginia and "progressive economic commentators like Larry Summers." They object to "payments of $1400 to many families," Krugman notes.

But Republicans who have "suddenly" become budget hawks, according to Krugman, are reflexively objecting to Biden's ideas simply because he is a Democrat.

"We can discount opposition from Republican leaders who have suddenly decided, after years of enabling deficits under (former President Donald) Trump, that federal debt is a terrible thing," Krugman writes. "We've seen this movie before, during the Obama years: Republicans oppose economic aid not because they believe it will fail, but because they fear it might succeed, both helping Democrats' political prospects and legitimizing an expanded role for government."

Although dismissive of GOP objections to Biden's ideas on coronavirus relief, Krugman is less critical of the "good faith objections" coming from some Democrats — although he explains why he believes their objections are misguided.

"The critics are right to say that many of those who would receive payment wouldn't need the money," Krugman explains. "Where they go wrong is in assuming that the stimulus checks — I'll call them that, since everyone else does — are in competition with the other parts of the package."

According to Krugman, "Stimulus checks are an 'and,' not an 'or'" — and they are "complementary to other emergency relief, not in competition with it."

Krugman adds that if enough Americans are vaccinated for COVID-19 in the months ahead, it is possible that the U.S. economy will "come roaring back late this year." But in the meantime, he stresses, the U.S. needs to think in terms of more coronavirus relief, not less.