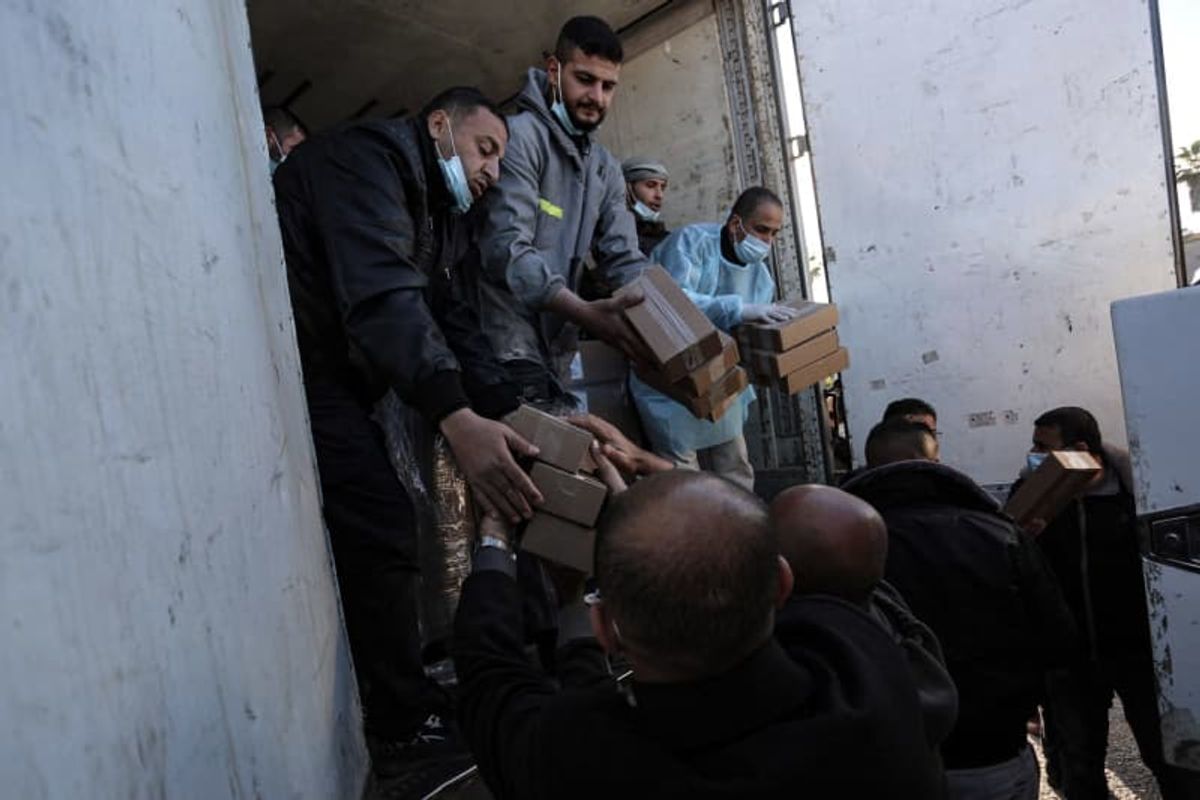 A total of 11,000 people are expected to get both doses of the vaccine over the next three weeks.

On Sunday, Mohammad Dahlan - the rival of Palestinian Authority President Mahmoud Abbas - brokered the shipment of 20,000 doses of the Sputnik V vaccine to the Strip, donated by the United Arab Emirates.

The shipment arrived in Gaza through the Rafah border crossing point with Egypt.

A ministry spokesman said that medical staff would be the first to get inoculated, followed by patients with chronic diseases and those who have had organ transplants.

It is the first large shipment of vaccines to Gaza, which is run by the radical Islamist Hamas movement, since the outbreak of the pandemic last March.

Last week, the Palestinian Authority sent 2,000 doses from the West Bank to Gaza to help combat the spread of the virus in the coastal enclave.

Since the start of the coronavirus pandemic, over 54,000 cases of infection and 543 deaths have been recorded in the coastal enclave, according to data released Sunday.

The Gaza Strip is home to over 2 million people, living in cramped and often miserable conditions with poor health care.

Israel intensified its blockade of the Gaza Strip in 2007, in a move supported by Egypt. Both countries say the measure is necessary for security reasons.

Hamas has been designated as a terrorist organization by Israel, the United States and the European Union.