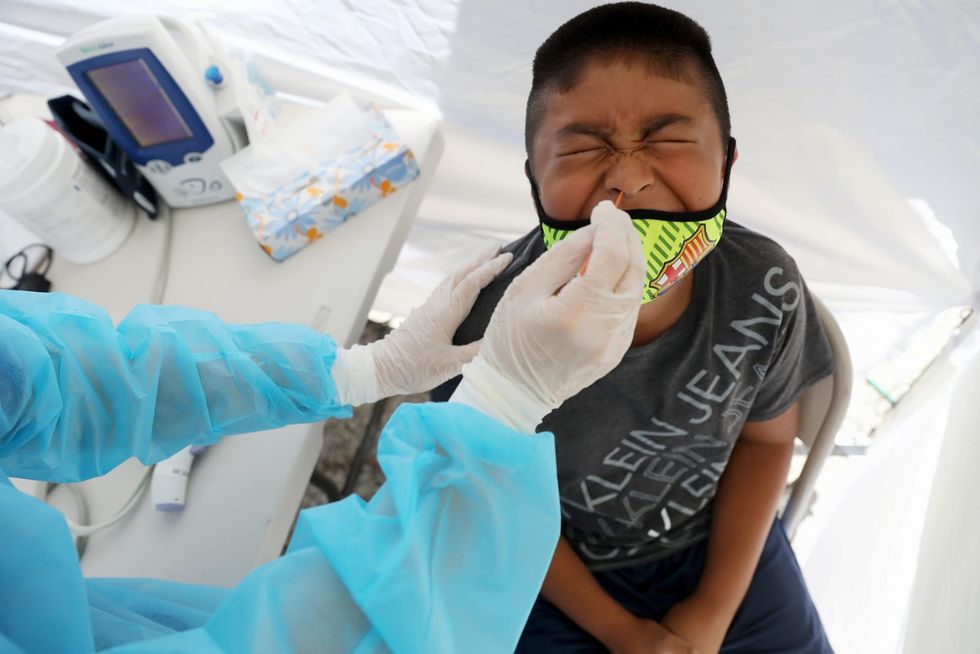 In Georgia, many children's hospitals are reporting that more than three-quarters of their ICU beds are occupied— in some places, it's closer to 90%. - Mario Tama/Getty Images North America/TNS

The soaring number of children contracting COVID-19 is straining Georgia's pediatric health care system. More kids than ever before are suffering from coronavirus cases so severe that they need to be hospitalized, filling pediatric wards at a time when physicians are also contending with an unseasonable surge of other respiratory viruses. Many area children's hospitals are reporting that more than three-quarters of their ICU beds are occupied — in some places, it's closer to 90%. While ER doctors and pediatric specialists interviewed this week say they're able to keep up with cases for now, ma...