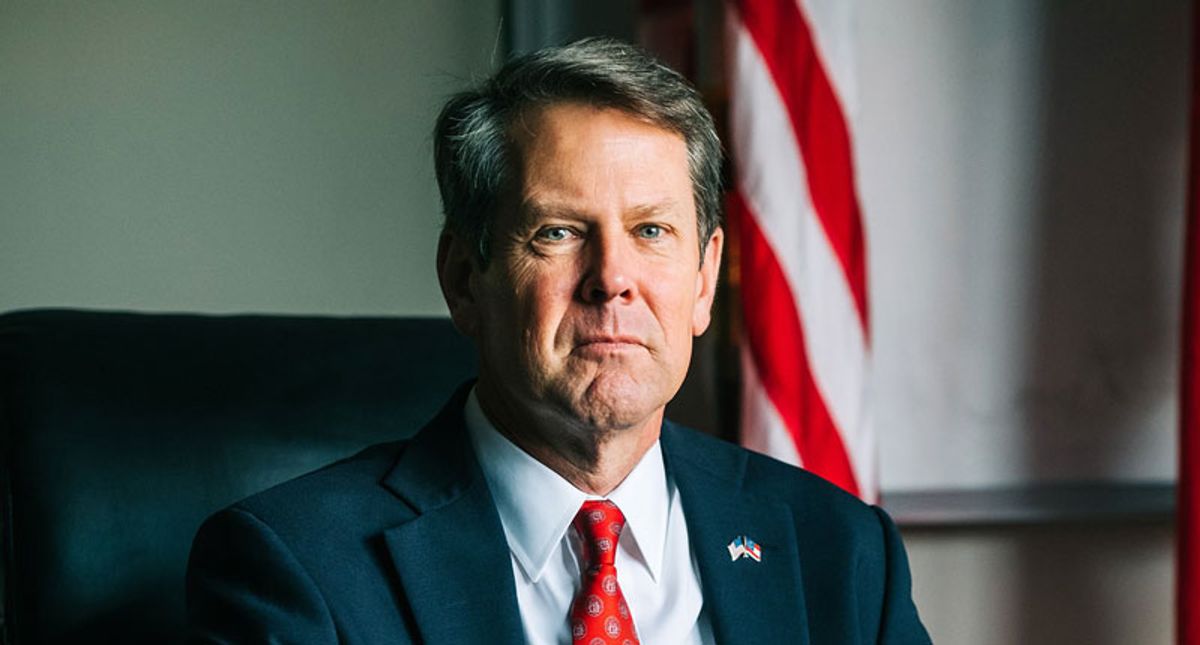 In a column for NBC, attorney Teri Kanefield claimed that the highly restrictive voter suppression bill signed into law by Georgia Republican Gov. Brian Kemp could come back to hurt the GOP in the state.

Aside from possible boycotts that could damage an economy that is already reeling from the COVID-19 pandemic that raged out of control under former president Donald Trump, the attorney suggested that a wave of lawsuits -- including from President Joe Biden's Justice Department -- could gut the bill leaving Republicans with just a bad public relations backlash to show for their efforts.

As Kanefield writes, there are ways that opponents of the bill can fight back that could put the GOP lawmakers who passed the bill back on their heels.

"The provisions that make it harder for people to vote and the nonsensical provisions can be overridden by federal legislation. The Constitution specifically gives Congress the power to regulate federal elections: Article I, Section 4 gives it the power to make or alter rules for conducting federal elections. The 14th Amendment and 15th Amendment prevent states from discriminating based on race," she wrote. "Because so many of these restrictive provisions disproportionally affect minority voters, lawsuits are already being filed challenging the law."

What could hurt Republicans in the state even more is the recent history of the GOP trying to tamp down the vote -- only to see it backfire.

"As we saw in the April primaries, when Republicans in Wisconsin tried to make it harder for people to vote, people don't like it when they feel their voices are being suppressed. The Wisconsin Republicans faced a backlash from voters, who turned up in massive numbers, viewing the hurdles erected by Republicans as a challenge. As a result, Democrats scored an important win when challenger Jill Karofsky ousted conservative incumbent Daniel Kelly from the Wisconsin Supreme Court," the attorney wrote. "Georgia already has a well-organized voter support team, Fair Fight, headed by Stacey Abrams."

More importantly, she added, is the message Republican lawmakers sent to voters.

"The Republicans are also on notice: Citizens are not likely to vote for the party that passes mean-spirited and anti-democratic laws. In the words of Cook Political Report editor Dave Wasserman, the Georgia Republicans may have 'just handed Democrats their best turnout tool for 2022 & beyond.' After all, when a party outlaws giving water to voters stuck in long lines, what does it say about their values?" she asked.