Georgians vote in local election after arrest of ex-president 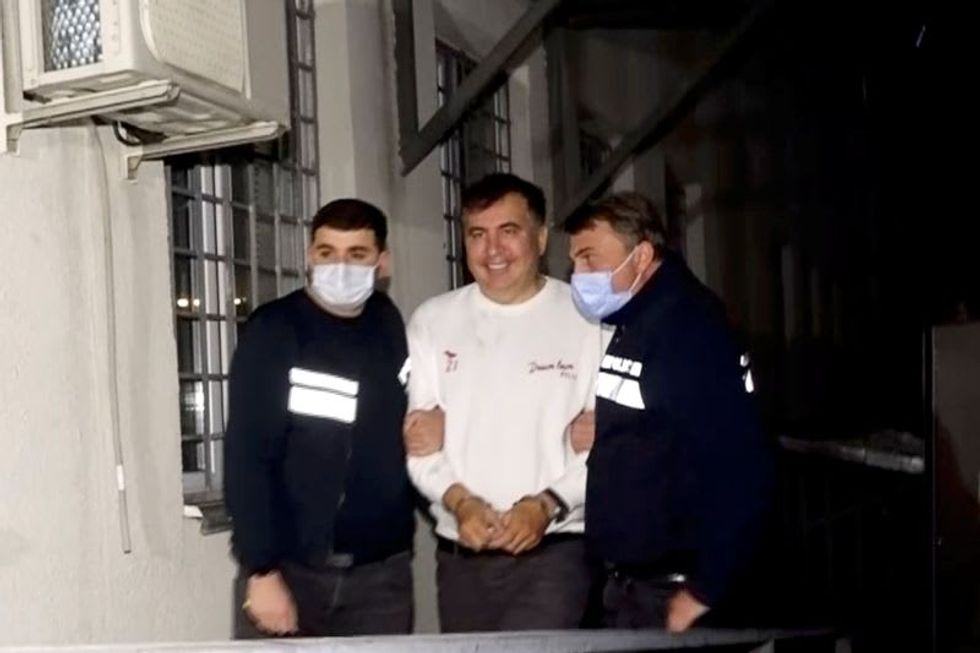 MOSCOW (Reuters) -Georgians vote in local elections on Saturday that could escalate a political standoff between the ruling party and the opposition a day after the arrest of ex-president and opposition politician Mikheil Saakashvili.

Saakashvili, who left Georgia in 2013 and was sentenced to prison in absentia in 2018, was arrested https://www.reuters.com/world/europe/georgian-ex-leader-says-he-is-back-home-despite-jail-threat-authorities-deny-2021-10-01 on Friday after he returned to Georgia and called on his supporters to vote for the opposition and stage a post-election street protest.

Georgia's authorities had warned he would be arrested if he returned. President Salome Zourabichvili said after his arrest that she would not pardon Saakashvili, and accused him of deliberately trying to destabilise the country.

Saakashvili's lawyer denounced his arrest on Friday as a "political detention". In a letter published on Saturday by his lawyer and on his Twitter page, Saakashvili, 53, reiterated his appeal to his supporters to cast their votes and said that Russian President Vladimir Putin's "fabricated, false verdicts" were behind his arrest.

Saakashvili and Putin have a long history of feuding.

The animosity peaked in 2008 when Russian peacekeeping troops got involved a brief war in a breakaway region of Georgia, where Saakashvili was in power. Putin was Russian prime minister at the time and endorsed the military actions.

The Kremlin said on Friday that the issue of Saakashvili was outside the sphere of its responsibility.

The elections in the country of around 3.9 million, which include a vote for the mayor of the capital Tbilisi, have taken on significance amid a months-long political crisis that erupted after last year's parliamentary election, which prompted the opposition to boycott the chamber.

The head of the main opposition party, the United National Movement (UNM) that Saakashvili founded, was arrested in February but released in May amid a push by the European Union to broker a deal to ease the standoff between the government and the party.

That deal collapsed over the summer when the ruling Georgian Dream party withdrew.

The deal had said that Georgian Dream would need to call snap parliamentary elections if it failed to garner 43% of the vote at Saturday's local elections.

A recent opinion poll showed popular support for Georgian Dream at 36%, below that threshold.

Though the deal has now unravelled, political analysts said the vote could trigger protests if the ruling party fails to reach the threshold outlined in the deal and declines to call snap parliamentary elections.

"If Georgian Dream doesn't get what it got in the previous parliamentary elections, which was 48.22%, we might have some turmoil again, probably another wave of political crisis," said Soso Dzamukashvili, junior researcher at Emerging Europe.