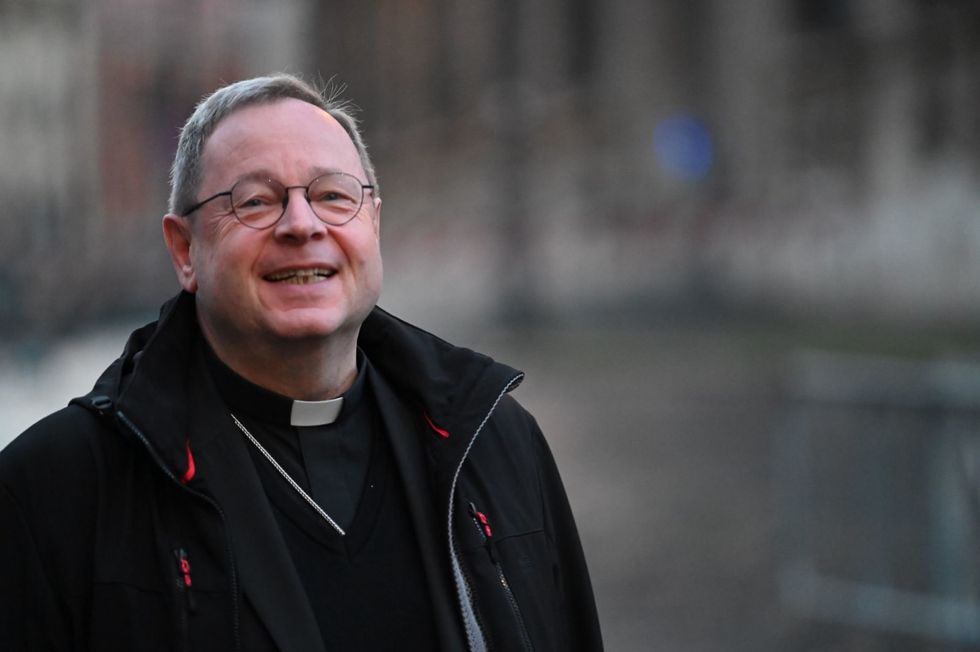 German bishops arrived in Rome on Monday to begin what are expected to be controversial debates with representatives of the Roman Catholic Church on a reform process spurred by German members of the Church.

The one-week working visit will see 63 of the total 67 members of the German Bishops' Conference (DBK) speaking to representatives of the Vatican in Rome and report on progress from Germany.

The German reform process, known as the ‘Synodal Path’, which aims to change and modernize the Catholic Church in Germany, is viewed critically in Rome.

Pope Francis, who will also receive the German bishops for a private audience this week, has expressed scepticism about the process on several occasions.

"Listening well to one another, painstakingly arguing and honestly wrestling with one another," are part of the responsibility of members of the Catholic Church bishops, said Georg Bätzing, president of the DBK, in his sermon at the St Peter's Basilica on Monday morning.

"Preserving unity and at the same time enabling conversion and renewal is truly not an easy task for our Church today," Bätzing added.

The Synodal Path of the DBK and the Central Committee of German Catholics, which began in 2019, is a consequence of the abuse scandal within the German Church, in which Church officials stand accused of turning a blind eye to allegations of mistreatment of children by other Church leaders.

It aims at reforms in four areas: the handling of power; Catholic sexual morality; the position of women; and the obligatory celibacy of priests.

'Spineless Republicans' just revealed their 'cowardice' — according to this conservative

Former President Donald Trump was still being bombarded with condemnation for meeting with white nationalist and Holocaust denier Nick Fuentes at Mar-a-Lago when, on Saturday, December 3, he set off yet another controversy — this time, by calling for the U.S. Constitution to be “terminated” so that he can be reinstalled as president. It didn’t take long for countless Democrats, from Senate Majority Leader Chuck Schumer to White House Deputy Press Secretary Andrew Bates to Sen. Amy Klobuchar of Minnesota, long to condemn Trump’s comments. And Rep. Liz Cheney of Wyoming, an arch-conservative Republican, called Trump out as well, tweeting, “No honest person can now deny that Trump is an enemy of the Constitution.”

But many other Republicans have remained silent, obviously afraid to say or do anything that would offend Trump’s MAGA base. That silence, according to Washington Post opinion columnist Jennifer Rubin, is yet another textbook example of the “spinelessness” much of the GOP continues to show where Trump is concerned.