Germany limits general use of AstraZeneca jabs to people over 60 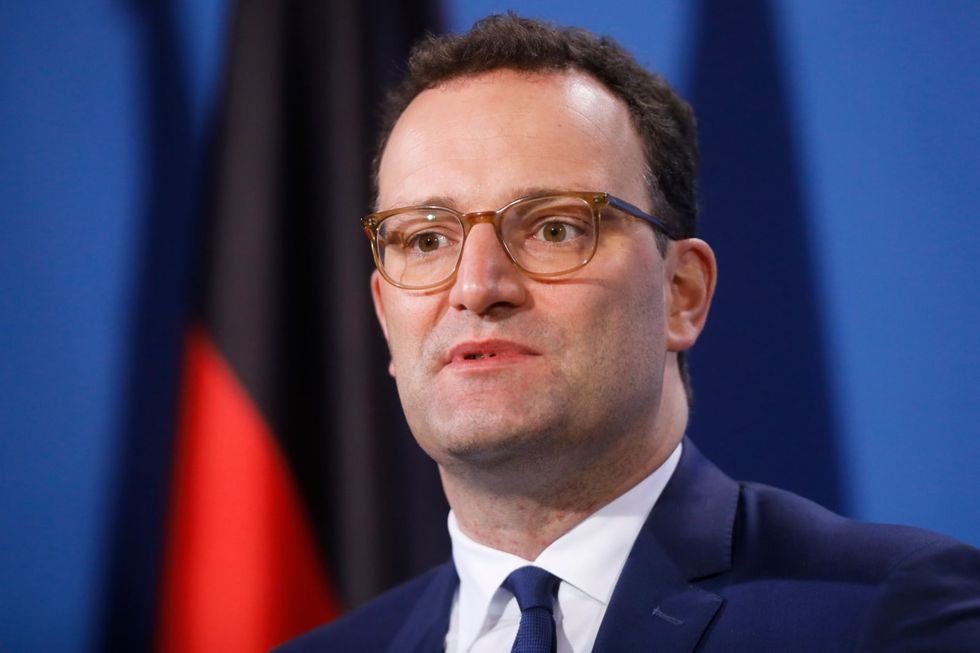 Germany's federal and health ministers have agreed to limit the general use of AstraZeneca's Covid-19 vaccine to people over age 60 starting Wednesday, citing concerns about blood clots.

People under 60 should be able to receive the shot, but only "at the discretion of doctors, and after individual risk analysis and thorough explanation," according to the decision by the health ministers seen by dpa on Tuesday.

Federal Health Minister Jens Spahn and the 16 state health ministers came to the decision in an emergency meeting, after authorities in the cities of Berlin and Munich decided to suspend the use of the AstraZeneca vaccine for people under the age of 60.

Spahn said that while it was a setback in one sense for the AstraZeneca vaccine to be an increased risk for a certain age group, it also meant more people over 60 could be vaccinated more quickly.

"In that respect, I can really just expressly ask all people over 60 to take advantage of this vaccination offer," Spahn said.

Germany's vaccine commission issued a corresponding recommendation for AstraZeneca's use, due to data on "rare, but very severe thromboembolic side effects" that had predominantly been observed in people under 60 in the four to 16 days after vaccination.

Chancellor Angela Merkel justified the new age restrictions by saying that they helped to ensure confidence in coronavirus vaccines.

"Trust comes from the knowledge that every suspicion, every single case will be looked into," said Merkel in Berlin after consultations with the country's 16 state premiers. Openness and transparency are the best ways to deal with such a situation, the chancellor added.

Earlier, the Paul Ehrlich Institute, a medical regulatory body, said there had been 31 cases of cerebral thrombosis that were suspected to have occurred after administration of the AstraZeneca vaccine.

Nine of those cases resulted in the death of patients, the institute said. All except two occurred in women between ages 20 and 63.

Earlier on Tuesday, several state and city authorities already suspended the use of the AstraZeneca vaccine for anyone under the age of 60, citing new data on suspected side effects.

Berlin Health Senator Dilek Kalayci announced the move and referred to it as a "precautionary measure." She said Berlin authorities would wait for the outcome of talks at the federal level.

The Charite and Vivantes hospitals in the capital had suspended AstraZeneca jabs until further notice for women under the age of 55.

"From Charite's point of view, this step is necessary, since further cerebral vein thromboses in women in Germany have become known," Charite spokesperson Manuela Zingl said.

In the western state of North Rhine Westphalia, the heads of five of the six university hospitals also spoke out in favour of a temporary halt of AstraZeneca vaccinations for younger women.

The risk of further deaths is too high, according to a joint letter to the federal and state health ministers seen by dpa.

Authorities in the southern German city of Munich also suspended use of the AstraZeneca vaccine for people under the age of 60.

"Due to current developments, the city has decided, like Berlin, to suspend vaccinations with AstraZeneca for people under 60 as a precautionary measure until the question of possible complications for this group of people has been clarified," a spokesperson said.

Germany and numerous other countries had temporarily suspended the use of AstraZeneca in March because several cases of thrombosis (blood clots) in the cerebral veins were reported.

The vaccine was deemed safe again for use shortly thereafter.