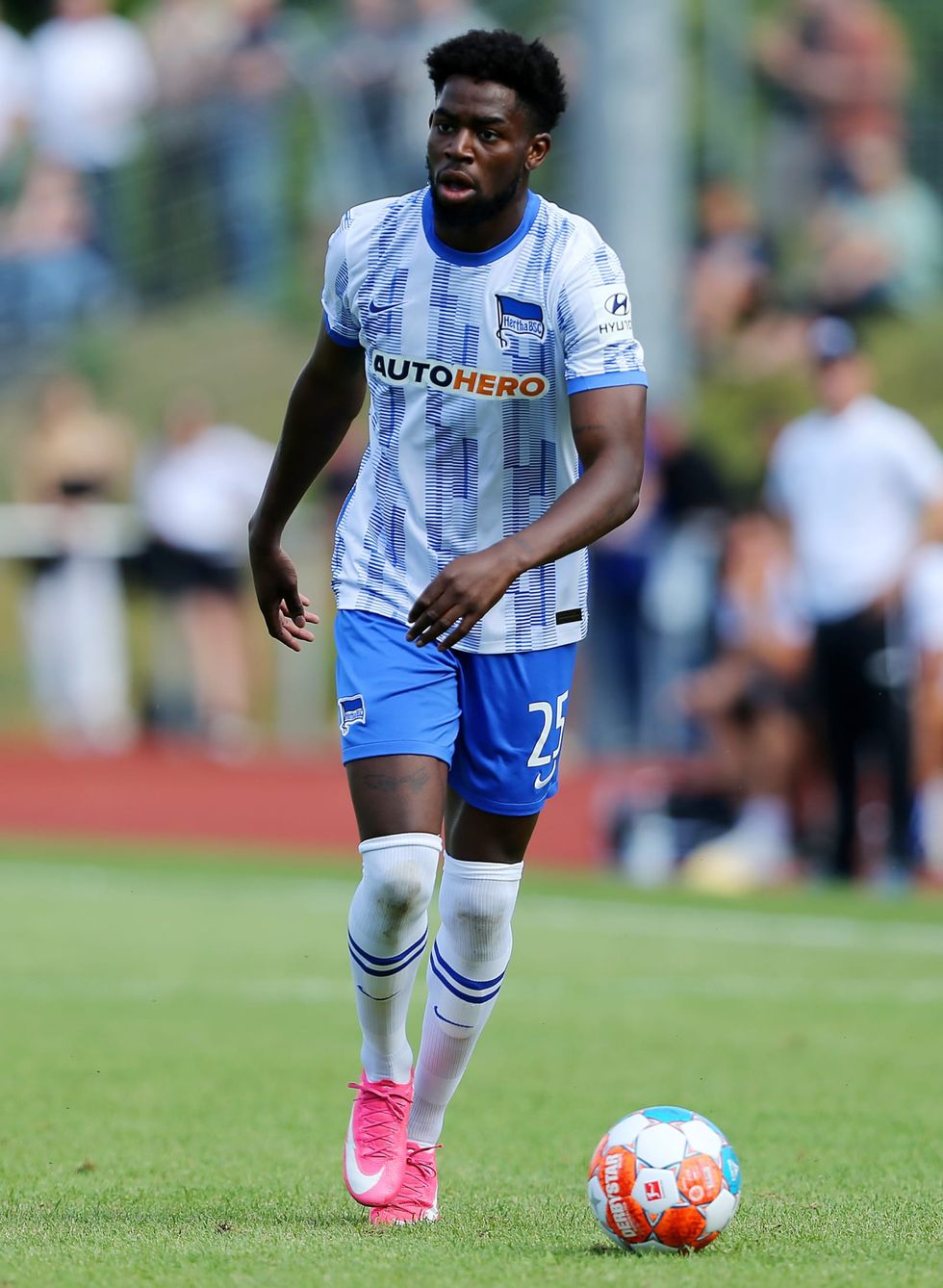 Jordan Torunarigha of Berlin runs with the ball during a pre-season friendly match between MSV Neuruppin and Hertha BSC at Neuruppiner Volksparkstadion on July 7, 2021 in Neuruppin, Germany. - Matthias Kern/Getty Images Europe/TNS

Germany’s Olympic soccer players walked off the pitch on Saturday, after one of their players was “racially abused,” the German Football Association (DFB) said. Germany was playing against Honduras in a friendly match in preparation for the Olympics. The game, “a final practice before taking to the big stage,” according to the DFB, was played behind closed doors, and it consisted of three 30-minute periods. Honduras led after the first period, but Germany scored an equalizer during the final third. With five minutes remaining, German players “left the pitch after Jordan Torunarigha was raciall...