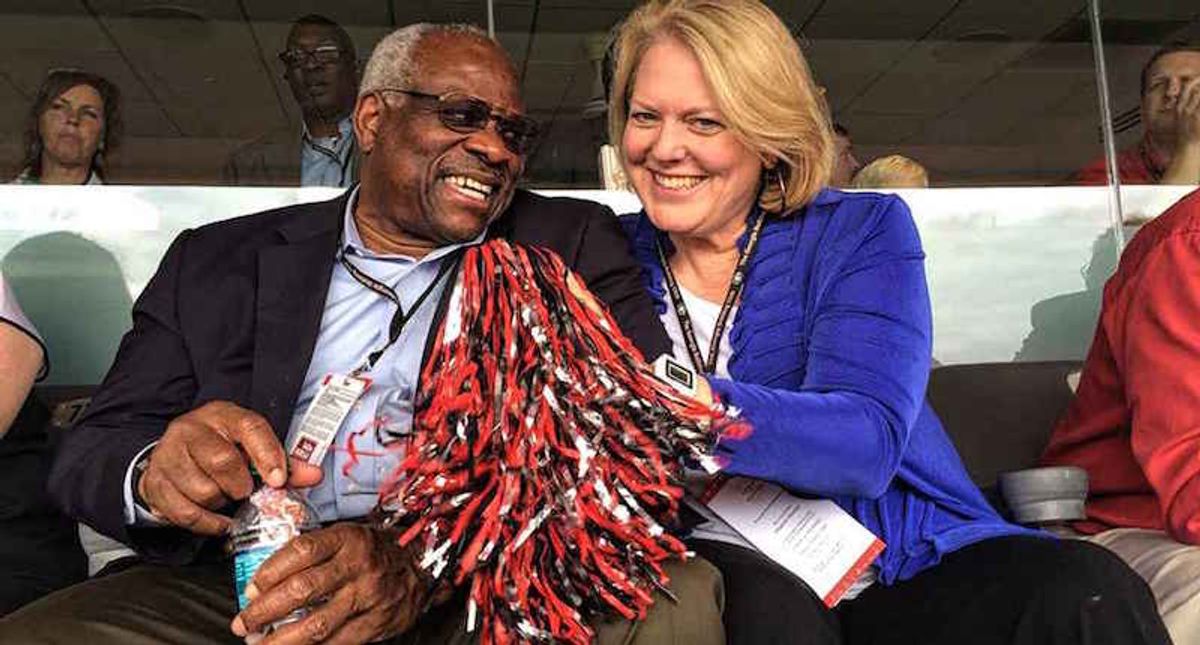 Conservative activist Ginni Thomas apologized to her husband's former Supreme Court clerks for a disagreement among them over her endorsement of a Jan. 6 rally that ended in a violent insurrection at the U.S. Capitol.

"I owe you all an apology," Ginni Thomas wrote to the private Thomas Clerk World email list. "I have likely imposed on you my lifetime passions. My passions and beliefs are likely shared with the bulk of you, but certainly not all. And sometimes the smallest matters can divide loved ones for too long. Let's pledge to not let politics divide THIS family, and learn to speak more gently and knowingly across the divide."

A member of the group who was upset by some of Ginni Thomas' messages before and after the election shared some posts with the Post, and several former clerks verified the dispute among the "family" of former court clerks.

The justice's wife has drawn criticism for her conservative activism, especially regarding the Affordable Care Act and Black Lives Matter, and her support for Trump's claims about election fraud rankled members of the clerks group.

Former Thomas clerk John Eastman -- who spoke at the rally and represented the former president in some of his election challenges -- defended his work for Trump as a search for truth, but another group member fired back.

"If by 'truth' you mean what actually happened, as opposed to a false narrative, then I agree," wrote Stephen F. Smith, a law professor at Notre Dame. "I hope (and trust) that you — and everyone on this list — agree that the search for truth doesn't in any way justify insurrection, trying to kidnap and assassinate elected officials, attacking police officers, or making common cause with racists and anti-Semites bent on wanton violence and lawlessness."