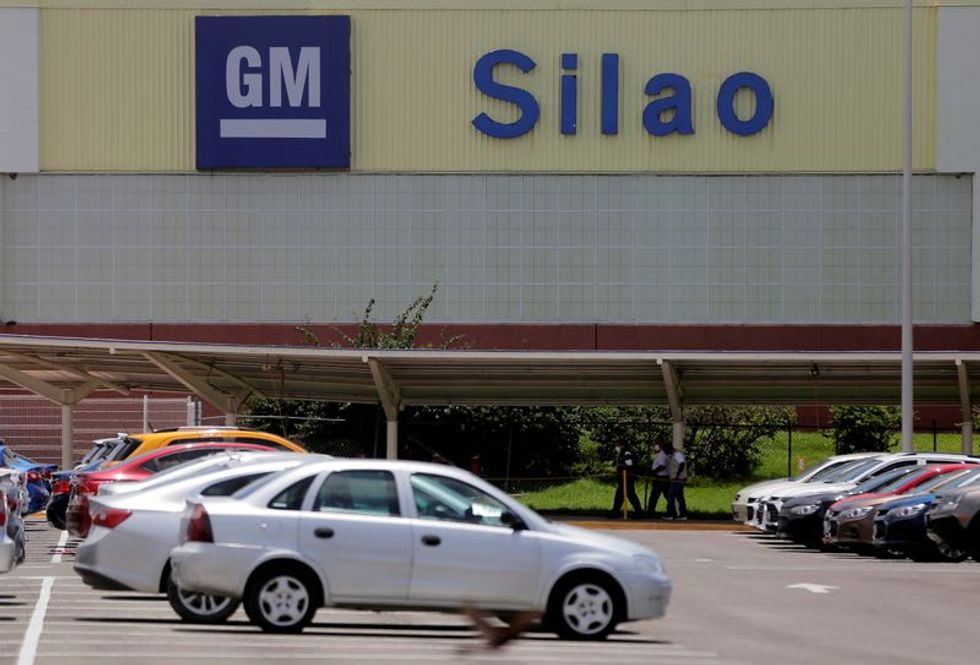 MEXICO CITY (Reuters) -Workers at a General Motors Co pickup-truck plant in central Mexico have voted to scrap their collective contract, opening the door for them to oust one of Mexico's largest labor organizations as their union under a new trade deal.

The vote, with safeguards agreed upon by Mexico and the United States to ensure a fair vote, was the first test of labor rules under an accord https://www.reuters.com/world/americas/mexico-autos-town-labor-rights-falter-despite-us-trade-deal-2021-05-03 that replaced the 1994 North American Free Trade Agreement (NAFTA).

The outcome marks a defeat for one of the most powerful unions in Mexico while representing an opening for workers to freely choose independent groups they feel will best fight for their interests.

An initial vote in April was suspended after Mexico's labor ministry found irregularities in the process, prompting the United States to lodge the first complaint under the labor enforcement mechanism of the United States-Mexico-Canada Agreement (USMCA), which took effect last year.

The unionized workers will keep the same terms for pay and benefits as they seek new representation or create a union from scratch. Choosing a new union will require another vote, in which the current union could also vie to take back the contract.

Of 5,876 GM employees who cast ballots in the Tuesday-Wednesday vote at the plant in the city of Silao, 3,214 workers rejected the bargaining agreement while 2,623 workers voted to keep it, the labor ministry said.

Many workers who campaigned for the "no" vote said their current union did not fight hard enough https://www.reuters.com/business/sustainable-business/gm-workers-historic-vote-mexico-tests-new-trade-deal-2021-08-17 for better salaries at the plant that produces thousands of profitable pickup trucks a year.

"It's a huge peace of mind knowing we're no longer tied to this union," said G.D., a plant employee for more than 25 years who said he reached the top salary level for his position years ago, and who asked not to disclose his name for fear of reprisals.

The ballot count was led by the plant's Miguel Trujillo Lopez union - part of the Confederation of Mexican Workers (CTM) - alongside observers from the Labor Ministry, Mexico's National Electoral Institute (INE) and the United Nations' International Labour Organization (ILO).

GM said it respected the outcome and would continue production under the terms of the current contract until a new one is negotiated.

The union at the Silao plant did not reply to requests for comment.

The United Auto Workers (UAW) union, which represents thousands of GM's U.S. workers, said the vote would create a fairer playing field in Mexico, marking a win on both sides of the border.

Mexico's labor ministry said the vote took place "without incident" and would help set a precedent for best practices.

Such votes are required at unionized workplaces across Mexico under a labor reform that underpins USMCA labor rules and is geared at eliminating so-called sweetheart contracts between business-friendly unions and companies.

GM workers and labor activists hailed the outcome, saying it could inspire workers at other plants in the auto industry and beyond to follow suit by ousting unions that have long held power.

Still, the GM vote was only a first step on what could be a long path for workers to establish a new union, said Willebaldo Gomez, a researcher at Mexican labor rights group CILAS.

"The other victory will be building an independent union, an organization that looks out for their interests and watches over their rights," Gomez said.