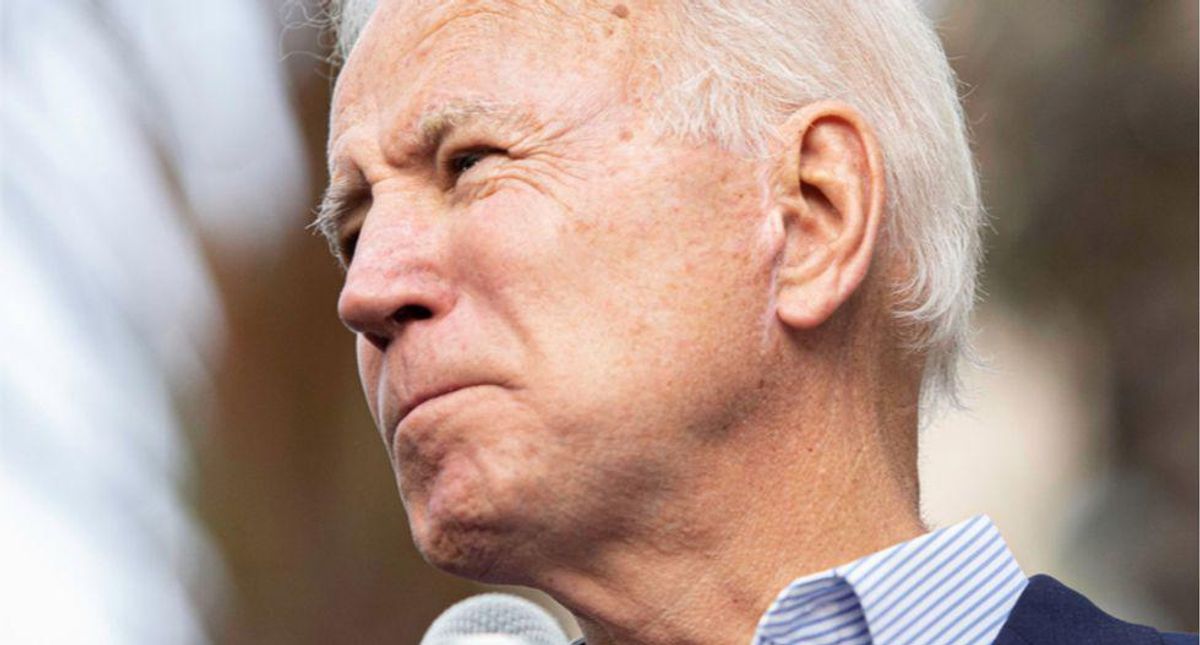 t is a mantra that Joe Biden repeats at every opportunity: "Go big."

And this week, the US leader launches the second big offensive of his fledgling presidency: a massive infrastructure investment project, to be accompanied by tax hikes that remain to be defined but already have his political opponents up in arms.

In a sign of the importance he attaches to the issue -- which could be a central plank of his presidency -- he will speak Wednesday from the city of Pittsburgh, where he launched his campaign two years ago.

His predecessor Donald Trump tried to label him "Sleepy Joe," portraying him as a man lacking inspiration, but Biden wants to show he has a bold and reformist agenda.

Having already pushed an almost $2 trillion pandemic recovery plan through Congress, the figures being bandied about for his infrastructure plan reach as high as $3 or even $4 trillion.

The aim of the huge package is to "rebuild our economy and create better-paying jobs for American workers," said White House spokeswoman Jen Psaki.

The project revolves around a pledge Biden repeated a thousand times on the campaign trail to "Build Back Better:" a promise to modernize aging infrastructure across the country, to meet the challenge of competing against China and to tackle the key issue of climate change.

The White House has remained tight-lipped so far about the details -- fueling speculation about the projects and how much they will cost -- but also about political strategy itself.

But one thing is certain: the Pittsburgh speech will be just the starting point for a bitter battle in Congress, with a very unpredictable outcome.

The Democratic Party's majority there is razor thin, and negotiations promise to be formidable, testing Biden's negotiating skills and his decades of expertise as a Washington insider.

The idea of repairing or building roads, bridges, railways, ports and airports is appealing to the general public, especially since much of US infrastructure dates back to the 1950s and is generally considered to be dilapidated.

But beyond the constant refrain that "this is a subject on which Democrats and Republicans can agree," building a political consensus is no easy task.

Biden's two predecessors, Trump and Barack Obama, also had catchy slogans and made great promises, but the issue remained a dead letter.

And it keeps coming back to the same question: how to pay for it?

Biden's new transportation secretary Pete Buttigieg, who ran against him in the Democratic primaries, will be on the front lines of this battle, trying to ensure that this time, the stars are all aligned.

"I think that there's a tremendous opportunity now to have bipartisan support for a big, bold vision on infrastructure," the youthful politician said.

"Americans don't need a lot of selling to know that we've got to do big things when it comes to our infrastructure and the truth is, you can't separate the climate part from this vision because every road we fix, every bridge we build, we can either do it in a way that's better for the climate, or worse for the climate," he said.

Even if his enthusiasm is real, the task promises to be daunting. DJ Gribbin, an expert at the Brookings Institution who served as an adviser to Trump on infrastructure, said Biden would do well to learn from the mistakes of his predecessors.

The first step is to precisely define the role of the federal government, which in the overwhelming majority of cases does not own the infrastructure, Gribbin said.

At the same, there is the danger of the project becoming overly "technical" for the taste of most Americans, who tend to focus more on "tangible" questions, such as what will be the impact on their commute times, and will the potholes on their roads be fixed?

Unless he refines his approach, Biden's plan could face insurmountable odds in Congress -- and he, too, risks failure, said Gribbin.

"And the tradition of future presidential candidates wishfully promising trillion-dollar solutions to our nation's infrastructure problems will continue," he warned.