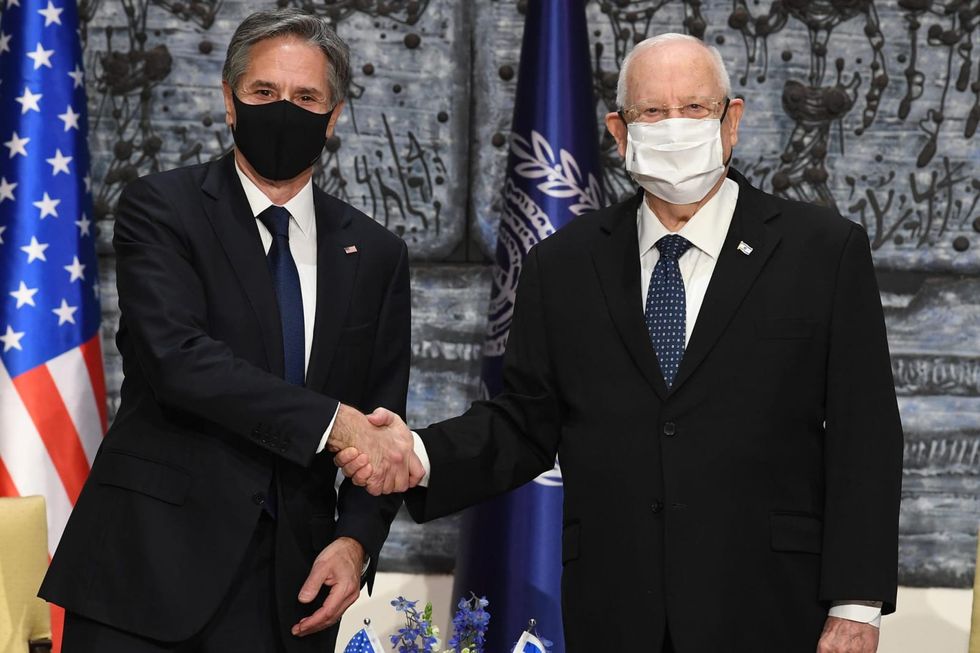 Yehya al-Sinwar, the head of Hamas in the Gaza Strip, rejected reconstruction plans that aim to edge out the Islamist group that rules the coastal enclave in favour of the Palestinian Authority (PA) headed by President Mahmoud Abbas.

US Secretary of State Antony Blinken pledged his country's help in rebuilding Gaza on Tuesday, but stressed that the aid must not benefit Hamas. Israel is said to be concerned that any aid deliveries to the blockaded coastal territory could be misused to arm Islamist Hamas, as happened after the last Gaza war in 2014.

The idea is instead to work with the PA, reducing the risk of abuse and strengthening the authority vis-a-vis Hamas, which is considered a terrorist organization by the US as well as the European Union.

Al-Sinwar told reporters in Gaza on Wednesday that Blinken's remarks were aimed at widening the divide between Hamas and the PA. "We will never fall for this trick and lash out at each other," he said.

Abbas' moderate Fatah party has clashed with Hamas for years; Hamas drove Fatah out of Gaza in 2007, and the latter has since ruled only in parts of the West Bank that are not administered by Israel.

Blinken is in the region to help cement the ceasefire between Israel and Hamas that has held since coming into effect early Friday.

It ended more than a week of Palestinian rocket fire and Israeli air strikes that left more than 250 people dead in Gaza and 13 in Israel.

Blinken held talks in Cairo with Egyptian President Abdel-Fattah al-Sissi later on Wednesday, and hailed the Egyptian efforts to reach and stabilize the ceasefire.

At the meeting, al-Sissi also emphasized the importance of working to restart long-stalled direct negotiations between Israelis and Palestinians "with effective US engagement,” an Egyptian official said.