Harris says US wants to work with Guatemala to limit migration 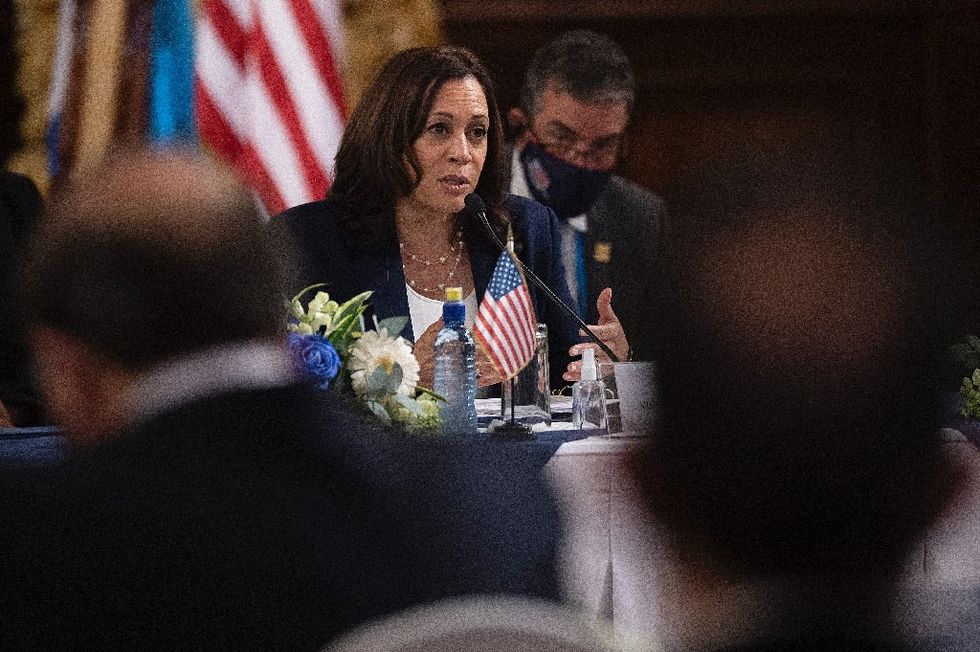 Guatemala City (AFP) - US Vice President Kamala Harris said Monday the United States hopes to work with Guatemala to address the root causes of illegal migration by creating "a sense of hope" in the poverty- and violence-plagued country, on her first trip abroad since taking office.

"Most people do not want to leave the place where they grew up," loved ones, and people with whom they share a language and culture, Harris said.

But they often do so "either because they are fleeing some harm or because they simply cannot satisfy their basic needs by staying at home," she added.

Regardless of their reasons for leaving, Harris urged would-be migrants not to make the journey: "Do not come" to the United States, she told them.

"The United States will continue to enforce our laws and secure our borders... If you come to our border, you will be turned back," she said.

Instead, she proposed that the United States and Guatemala "work together" to find solutions to "long-standing problems."

Critically, people must be given "a sense of hope that help is on the way," said Harris.

Giammattei said Guatemala wanted to cooperate "to create conditions in Guatemala so that they (young people) can find here the hope they do not have today."

She rejected Republican criticism of the fact that neither she nor Biden had visited the US southern border, saying she had come to Central America to discuss matters in a "way that is significant and has real results" rather than making "grand gestures."

Harris, who later flew to Mexico to meet President Andres Manuel Lopez Obrador on Tuesday, said she had told Giammattei the United States would send 500,000 coronavirus vaccines to Guatemala.

Her trip is part of the Biden administration's promise to implement a more humane immigration policy after the hardline approach taken by his predecessor Donald Trump.

But the Republican opposition has accused Biden of creating a "crisis" on the country's southern border by failing to rein in migration.

Congress must still decide whether to approve the $861 million Biden has asked for next year as part of a $4 billion plan to tackle the issue.

American officials have in recent days called on Central American countries to defend democracy and fight corruption in a bid to improve conditions at home and thus eliminate a driving factor for migration.

Asked Monday about Guatemala's anti-corruption stance, Giammattei said: "How many cases of corruption have I been accused of? I can give you the answer: Zero."