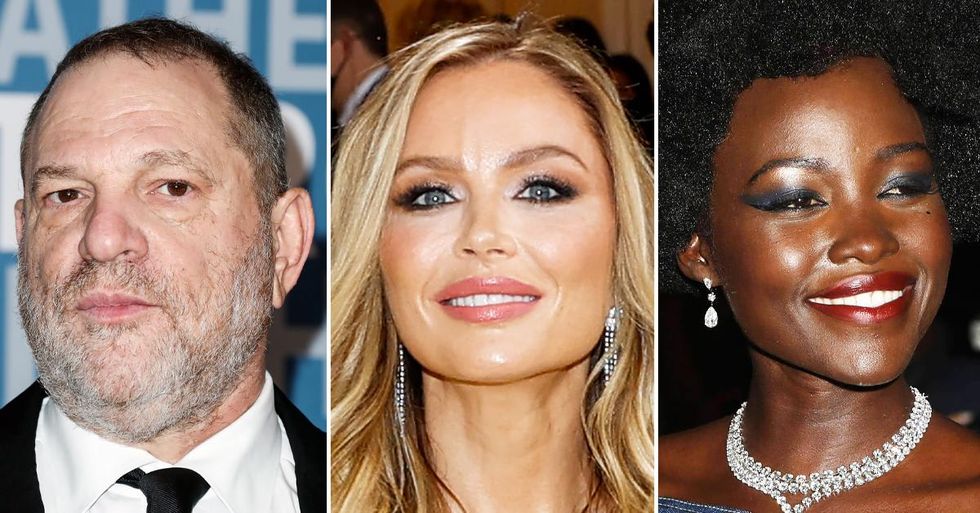 Harvey Weinstein's ex-wife Georgina Chapman put on a brave face, walking the red carpet at the Met Gala alongside one of her former husband's accusers, Lupita Nyong'O. The 45-year-old former model-turned-fashion-designer — who shares two children with the convicted sex offender — put on her best shiny gown and slapped on a smile, marking her first major appearance since the #MeToo movement that exposed her then husband's abuse of power. Wearing a grey bejeweled gown from the flapper-era for the Monday evening theme In America: A Lexicon Of Fashion, Georgina did not make her big debut alongside...