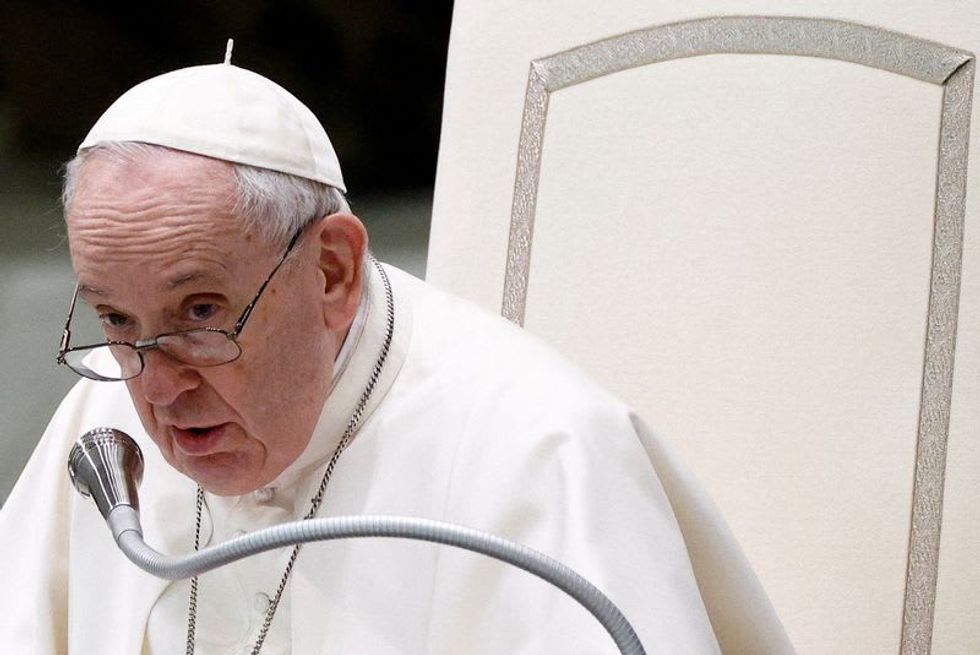 VATICAN CITY (Reuters) -Pope Francis on Sunday called for humanitarian corridors to help refugees out of Ukraine and said those who make war should not be deluded into thinking that God is on their side. As some in his audience at St. Peter's Square held large Ukrainian flags, Francis said his "heart is broken" and suggested a day of prayer and fasting for peace on Wednesday. "Those who make war forget humanity. It does not come from the people," he said in a passionate voice. "They don't consider the everyday lives of people but put partisan interests before everything and trust in the diabol...