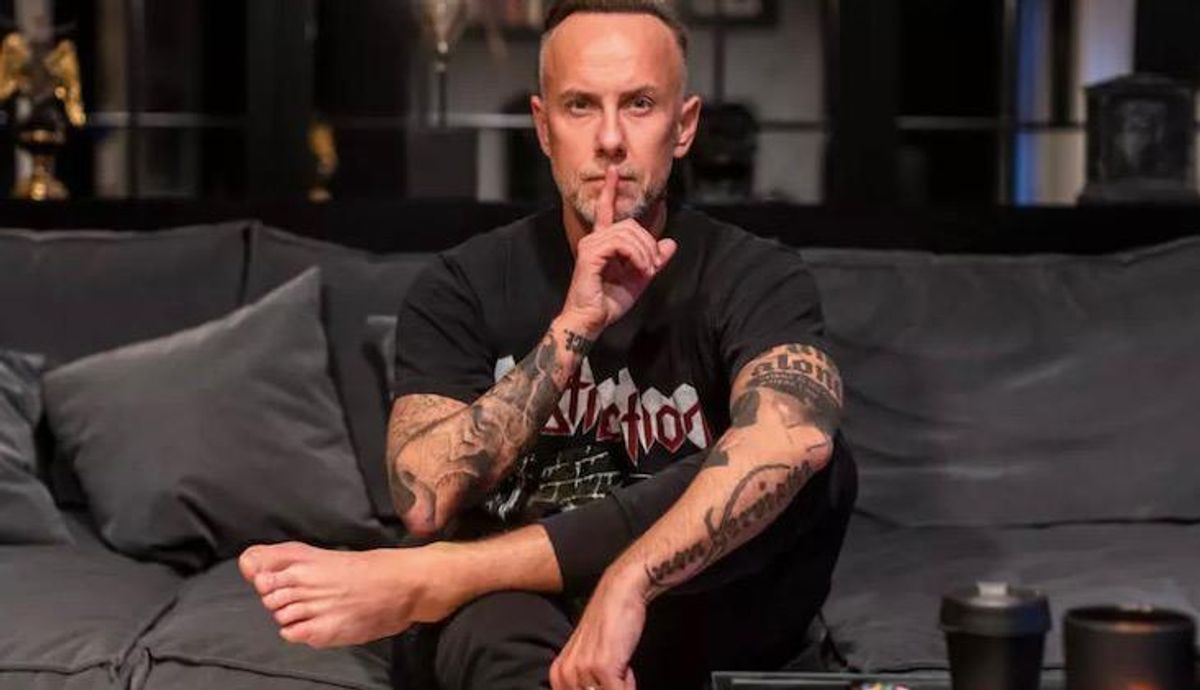 In his Warsaw apartment decorated with occult imagery, heavy metal star Adam Darski from the band Behemoth told AFP he has had enough of being prosecuted under Poland's anti-blasphemy law.

The artist, better known as "Nergal" -- the name of an ancient Babylonian demon, has launched a crowdfunding campaign to fight multiple cases against him and to help others do the same.

"I am sounding the alarm," the heavily-tattooed 43-year-old, dressed entirely in black, said in an interview.

A Polish court last month ordered Darski to pay a fine for posting a photo of himself stamping on an image of the Virgin Mary.

It was the sixth criminal case against him.

He has previously been taken to court for tearing up a Bible on stage and making crude comments about Poland's powerful Catholic Church.

"In 1989, we put an end to a totalitarian communist regime. Now, a short time later, we have a new religious nationalist regime.

"I just want to create. Let me create! It's terrible if an artist needs to question himself or consult a lawyer every time he wants to say something, record something, express himself."

Prosecutions under article 196 of Poland's Criminal Code for "offending religious feeling" have gone up in recent years under the government of the populist Law and Justice (PiS) party.

The charge carries a maximum sentence of up to two years in prison, although a fine is more likely.

Following his latest prosecution, Darski set up a crowdfunding website called "Ordo Blasfemia" -- a mocking reference to the ultra-conservative legal organization Ordo Iuris behind many of the prosecutions.

Darski announced the new fund on social media saying he was being pursued "under the banner of Catholic dogma" and said he wanted "to finally beat the bastards once and for all, for all the artists in Poland that have been punished for blasphemy".

He said the funds "will not only help protect me against my enemies but also support any action to make people understand that we are in grave danger of losing freedom".

Founded in 1991 when he was just a teen, Nergal's band Behemoth is well known on the heavy metal scene for the occult, satanic imagery in its highly theatrical performances.

They are regularly taken to task in Polish right-wing media.

The website niezalezna.pl branded one of the band's albums "disgusting" and said the group had "once again offended the religious feelings of millions of Catholics in Poland".

Worshipped by fans, Darski says his critics find "a masochistic pleasure" in watching his concerts or visiting his websites and being shocked.