'The sound of children screaming has been removed' is practically our national motto. 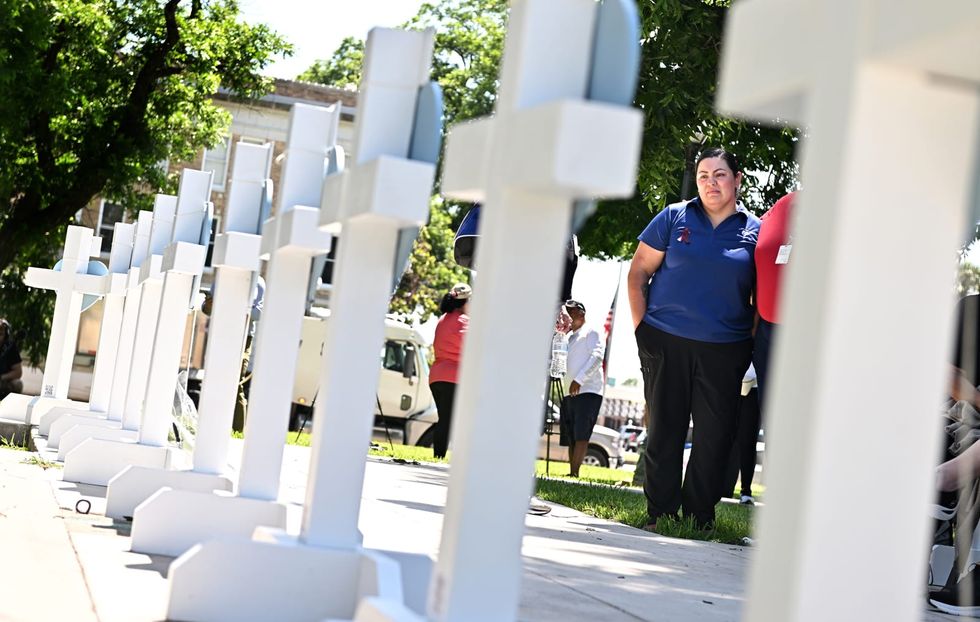 Mourners visit a memorial for the victims of a mass shooting in Uvalde, Texas, on Thursday, May 26, 2022. - Wally Skalij/Los Angeles Times/TNS

“The sound of children screaming has been removed.” It was an editor’s note attached to a video, published by the Austin American-Statesman, of Uvalde, Texas police officers’ delayed response during the Robb Elementary School shooting that killed 19 children and two teachers. It feels, this summer, like our national motto. The sound of children screaming has been removed … from the conscience of the 169 lawmakers who just voted against the Active Shooter Alert Act, a bipartisan bill enacting an Amber-Alert-like system to notify the public when an active shooter is in their community. (The bill...