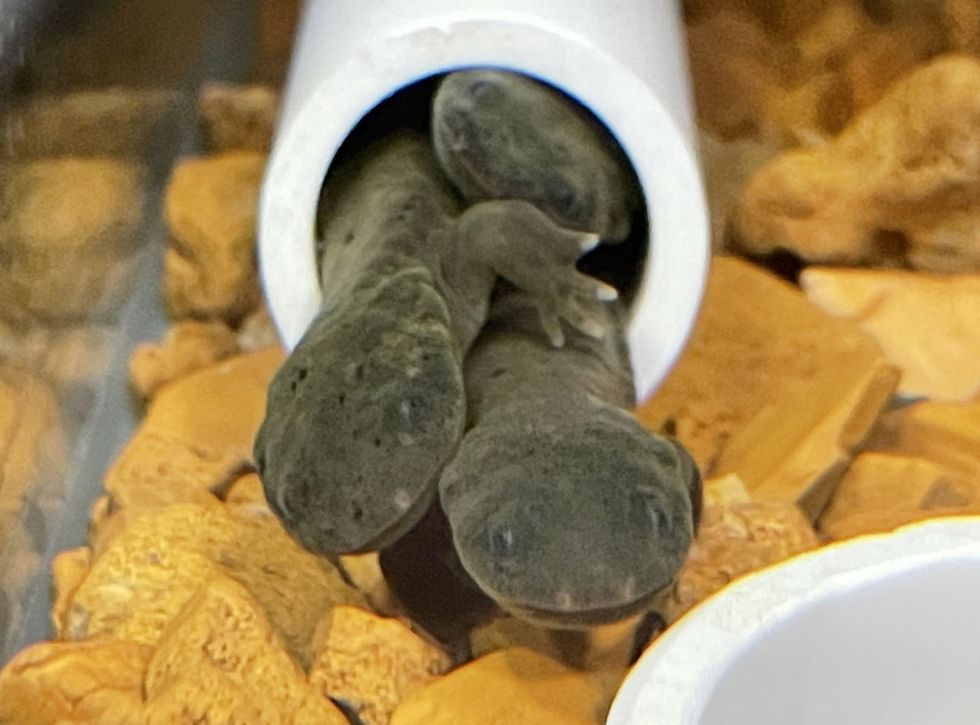 ST. LOUIS — For spending their 160 million years of existence mostly hiding in rivers and streams under rocks, Eastern and Ozark hellbenders had done pretty well for themselves. But in a matter of just a few decades, they're quickly disappearing. They're tricky to find simply because they like to hide under rocks, but more often than not, they're not hiding there anyway because there are fewer around. "Not only are we catching significantly fewer animals, we're not catching little ones like we had in the past," says Jeff Briggler, the Missouri state herpetologist. Hellbenders are aquatic amphi...