How a doughnut-shaped district breaks up voters of color near Fort Hood, Texas and helps House Republicans

In the latest example of creative map drawing in Texas' redistricting sprint, Republican lawmakers have proposed redrawing the boundaries of one Central Texas state House district so that it is completely encircled by another.

"This strange-shaped doughnut denies folks their voting rights," Gary Bledsoe, president of the Texas NAACP, said of the shape of the districts. In the proposal, District 54 — home to Killeen and Fort Hood — is the doughnut and District 55 is the doughnut hole.

The doughnut district would be in Bell County, a traditionally red area that has trended blue in recent years as the diverse community around one of the nation's biggest military installations grows. The combined Black and Hispanic population of those older than 18 in Bell County is nearly equal to the white population of the same age group. Dividing the county into House districts that keep Killeen intact could yield a district that Democrats could win over the next 10 years.

Under the current House map, Killeen — whose residents largely voted for Joe Biden over Donald Trump in 2020 — is kept together in District 54, which also includes the sparsely populated and safely Republican Lampasas County to the west. That district, which is currently represented by Republican state Rep. Brad Buckley, went for Trump by only 0.1 percentage points.

The new ring shape of District 54, which would split Killeen with District 55, would give Republicans a safer margin — nearly 7 percentage points — of voters who went for Trump.

"This harms the city of Killeen and is really, enormously problematic when you split a community of interest like the city of Killeen," Bledsoe said of the proposal. "The only motivation for chopping Killeen up is that [if they didn't], African Americans and Latinos would be able to elect the candidate of their choice."

In redistricting, a community of interest refers to a group that shares common concerns and could be similarly affected by lawmakers' decisions. These communities can be defined along demographic, economic or geographic lines.

While Democrats and civil rights groups are upset about the district, one of the county's two Republican representatives expressed more muted misgivings. Rep. Hugh Shine, R-Temple, who represents District 55 — the inside of the proposed doughnut — acknowledged in an interview that Killeen should ideally be kept whole in the same district, but said doing so would likely help create a district where a Democrat could win. He added that Killeen should also be in the same district as Fort Hood, a change he supports from the new proposal. 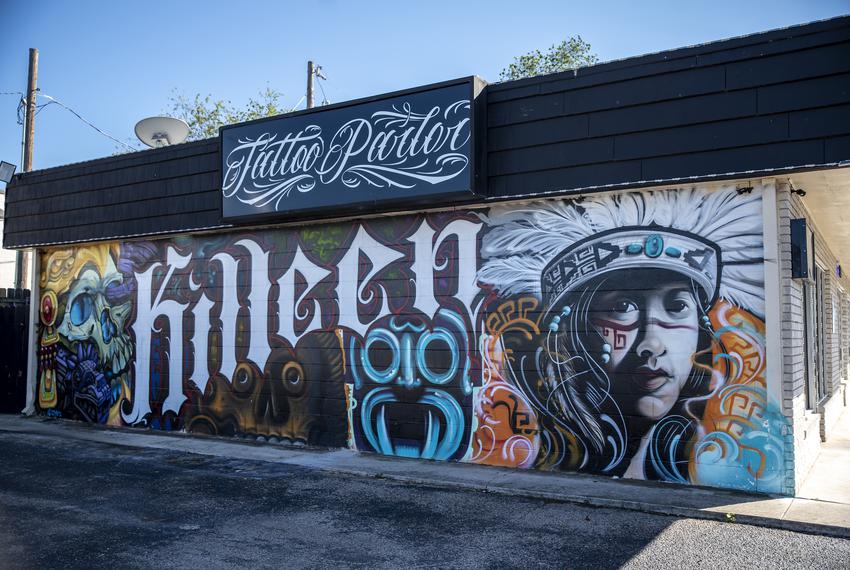 A tattoo parlor in Killeen. Credit: Sergio Flores for The Texas Tribune

"You know, that's politics," Shine said. "If the Democrats are running the show, they're going to try to write as many Democrat districts as possible. And when the Republicans are in control, they're going to do the same thing."

Shine also said he'd have preferred to keep the districts as they are, where he has more Republican voters, but he supported the proposal to help protect Buckley's district. In 2020, his district's voters supported Trump over Biden by a margin of nearly 26 percentage points — which would shrink to 10 percentage points under the proposed change.

"I don't cherish the fact that I have to give up some of my strongest Republican precincts to make it happen. But that's politics," he said. 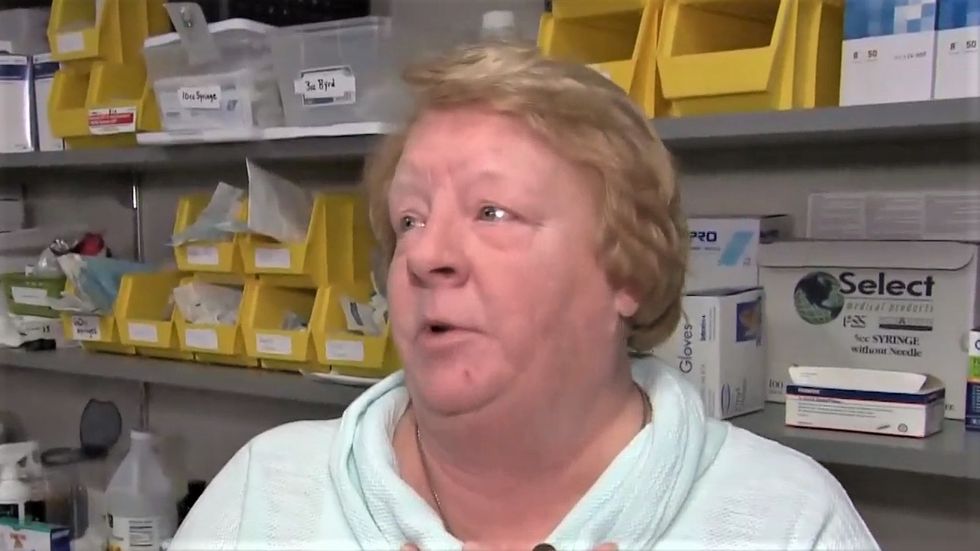 Trump voter tells MSNBC it would be ‘disastrous’ if she lost her Obamacare coverage 2016 Trump voter Margaret Grassie talks with MSNBC (Screen cap). 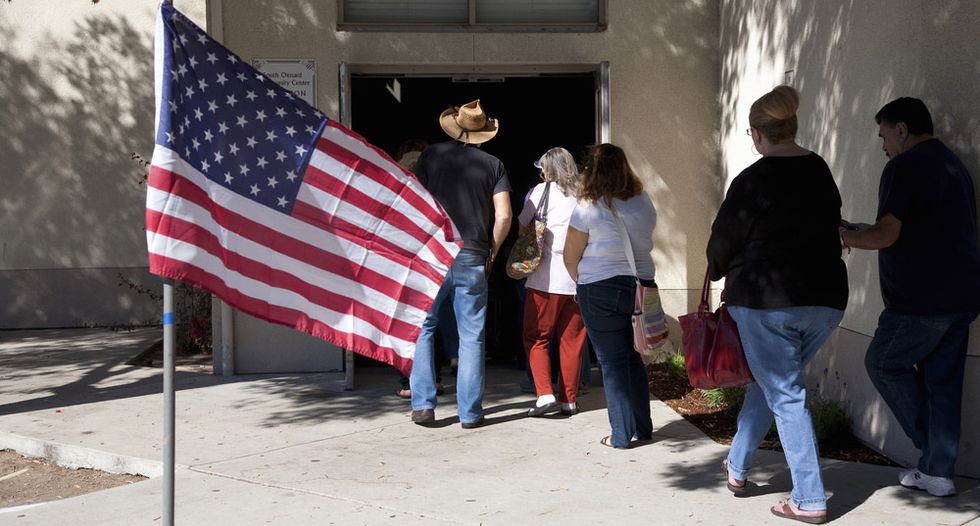 Here’s what to watch for as Texas voters head to vote in the first midterm primaries since Trump took office Voters wait in line during the 2012 Presidential election (Joseph Sohm / Shutterstock.com

Buckley, who represents District 54, said the committee made the proposed map changes to account for population growth.

The doughnut-shaped districts were included in the most recent proposal approved by the House Redistricting Committee. The Legislature is in the midst of a 30-day special session to redraw political maps based on the census results, which found that 95% of Texas growth has been fueled by people of color. That draft can still change as it makes its way through the House and Senate before it is ultimately signed into law by Gov. Greg Abbott. The House is expected to vote on the map Tuesday.

Republicans, who are in power in both the state House and Senate, have so far put forth proposals to redraw the House, Senate and Congressional maps that entrench Republican strength for the next decade and reduce the number of districts where eligible voters of color make up the majority.

Ken Wilkerson, a councilman at-large for the City of Killeen, called the proposal "a bold and uncloseted attempt to let Killeen know not only do we not matter, but they will see to it that The City of Killeen's collective voice will not be heard for at least another 10 years."

"This proposed map is an embarrassing, ridiculous example of what Texas legislators think of 153K people that do not look, live or think like the power brokers they associate with," Wilkerson, who is Black, added in an email to the Tribune.

Bell County districts have previously come under scrutiny for attempts to break up voters of color during redistricting.

A federal court in 2017 flagged nine districts in four counties, including Districts 54 and 55 in Bell County, where lawmakers diluted the strength of voters of color. Ultimately, the U.S. Supreme Court allowed most of the map to remain in place.

Considering the federal judges' previous ruling, Shine said he predicted challenges to the district map could "have some credibility."

The federal Voting Rights Act requires that "opportunity" districts — in which more than half of eligible voters belong to a racial minority group and are able elect their preferred candidate — must be drawn under certain conditions. The judges in 2017 found evidence of racially polarized voting and Black and Hispanic cohesion in Bell County elections, satisfying those necessary conditions for a coalition opportunity district where a combination of Black and Hispanic residents make up the majority.

But the federal court found that lawmakers split Killeen then to ensure both districts would remain Republican and voters would reelect their Republican incumbents. To make the current district in 2011, about 32,000 people from northern Killeen — two-thirds of whom were people of color — were removed from House District 54. They were replaced by 47,000 people from southwest Bell County, including Salado, which has historically voted Republican and has more white people than Killeen. These changes made it more difficult for Black and Hispanic people — who made up 70% of the population growth in Bell and Lampasas counties between 2000 and 2010 — in the district to elect their candidate of choice, the judges said.

"The evidence does indicate that mapdrawers … intentionally racially gerrymandered the districts to dilute the minority vote by moving minority population out of HD54 and moving Anglo population in, thus cracking and diluting the minority vote to ensure Anglo control over both districts," the ruling said.

The judges noted alternative maps would have created compact coalition districts — where a combination of Black and Hispanic residents make up a majority of the electorate and vote together — and kept the Black community in Killeen together. But those maps were not pursued.

For the first time in decades, federal law allows Texas to draw and use political maps without first getting federal approval to ensure the state is not discriminating against voters of color. The Supreme Court in 2013 gutted that federal preclearance requirement in the Voting Rights Act.

Since the enactment of the Voting Rights Act in 1965, Texas has not made it through a single decade without a federal court admonishing it for violating federal protections for voters of color.

The new proposal in Bell County raises "a lot of red flags" about intentional discrimination and vote dilution that could be brought before a court, said Michael Li, a senior counsel at the Brennan Center whose work focuses on redistricting.

"It boggles the mind that they would yet again do this," Li said. "And by doing so, it has a huge impact on communities of color in Bell County, and Killeen in particular."

MSNBC's Joe Scarborough ripped the Republican Party for focusing on a "bizarre obsession" to stoke a culture war that targets vulnerable teenagers.

A proposed draft of a Florida physical education form would require all high school athletes to provide information on their menstrual cycle to state athletic officials, which the "Morning Joe" host bashed as an unnecessary and cruel attack on a minuscule number of transgender teens who play sports.

Why do black holes twinkle? We studied 5,000 star-eating behemoths to find out

Black holes are bizarre things, even by the standards of astronomers. Their mass is so great, it bends space around them so tightly that nothing can escape, even light itself.

And yet, despite their famous blackness, some black holes are quite visible. The gas and stars these galactic vacuums devour are sucked into a glowing disc before their one-way trip into the hole, and these discs can shine more brightly than entire galaxies.